Finally, summer is here. The beach, the ocean, the party... In a word, the holidays. Here, it will not only be a question of pareo, swimsuit, and other lace tunic, but also clothes for men, for the tough guys, the tattooed. At Graduate we want you to be as comfortable on the beach as you are at the little seaside restaurant that sells no-good Caesar salads for 15 euros.

That's why we have prepared for you, in addition to this article, a few small looks made of our most favourable brands for a successful season. Ami Paris, Battenwear, Stussy, Polo Ralph Lauren… Here are some brands that embellish our looks BEACHWEAR SS21 LINK, composed of beach shorts that can easily be worn on the terrace, to the summer shirt that has become very trendy in recent years, to caps and other headwear to protect yourself from a sun that may well shine.

But first, let me put on my historian's outfit (Jay-Z's "purple" suit). And please note that you can read this article with Top Gun music playing in the background (that's how I write it anyway).

A Little History of Women's Beachwear.

Well, in the past, we used to bathe naked and that's it! But be careful, I'm talking about a time that people under 800 years old can't know.

Indeed, it seems that since ancient times until the medieval we did not bother with clothes to bathe, it was done in the simplest device. Which was the style at the time (insert gif of Homer Simpson's father).

Along the way, the society of the Western world has unfortunately become gradually conservative. This obviously started around the Renaissance. A Germanic law from 1548 requires the use of boxers or some other pieces to cover the waist.

In the 17th century, things started to get tougher. Public baths and swimming became popular and restrictions became more and more drastic. Women suffered the most, as modesty was emphasized by society and they wanted to make it the norm for women's clothing. 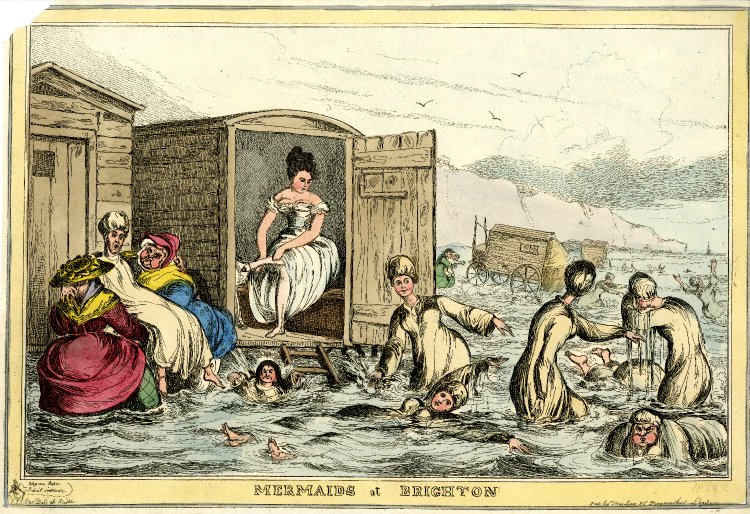 Thus, the woman must bathe, whether outdoors or in public baths, heavily draped with materials covering the entire body. Pants, dresses with long sleeves ... Materials that should not let the morphology appear when the fabric is soaked in water. On the contrary, it ... swells visibly, a bit like a balloon. 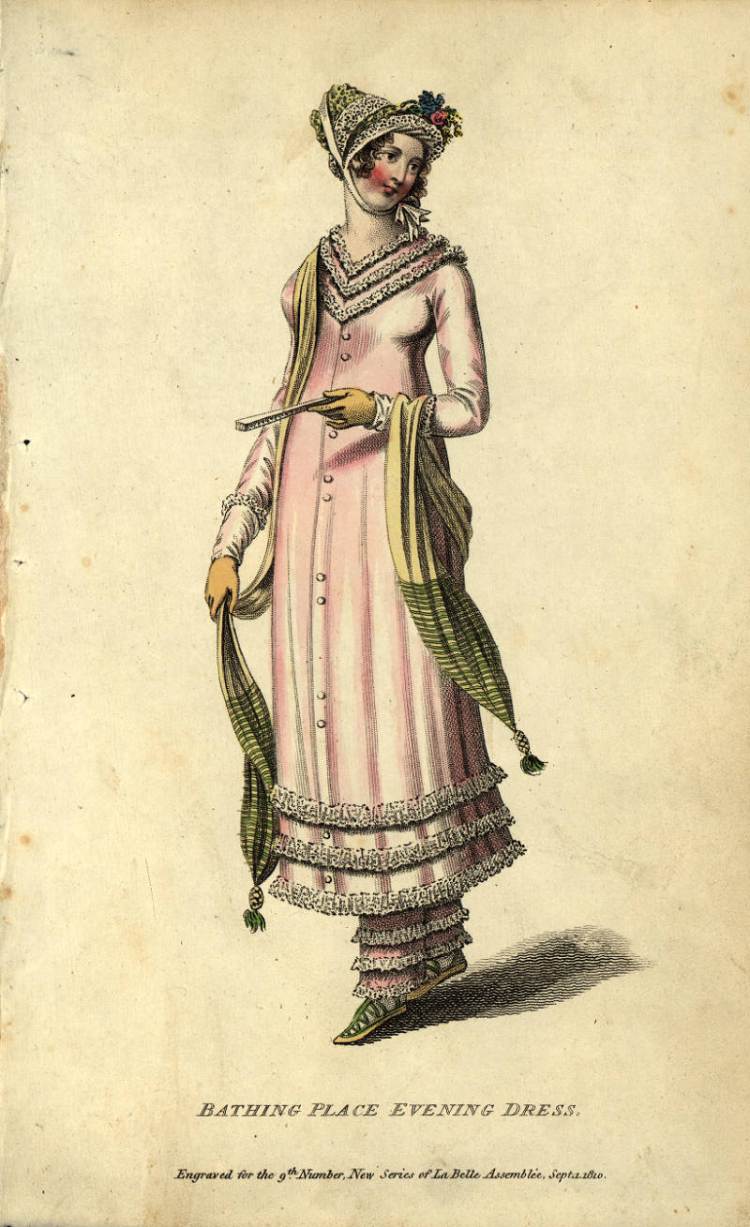 We are still far from the vacations, the swimsuit, the tunic, and the pareo with multiple patterns and colors. And the women's torment will last for another 250 years.

Once again, the gentleman was more fortunate. He, too, has been dressed as Adam since time immemorial, but the madness of his fellow men has caught up with him all the same, though with more clemency. 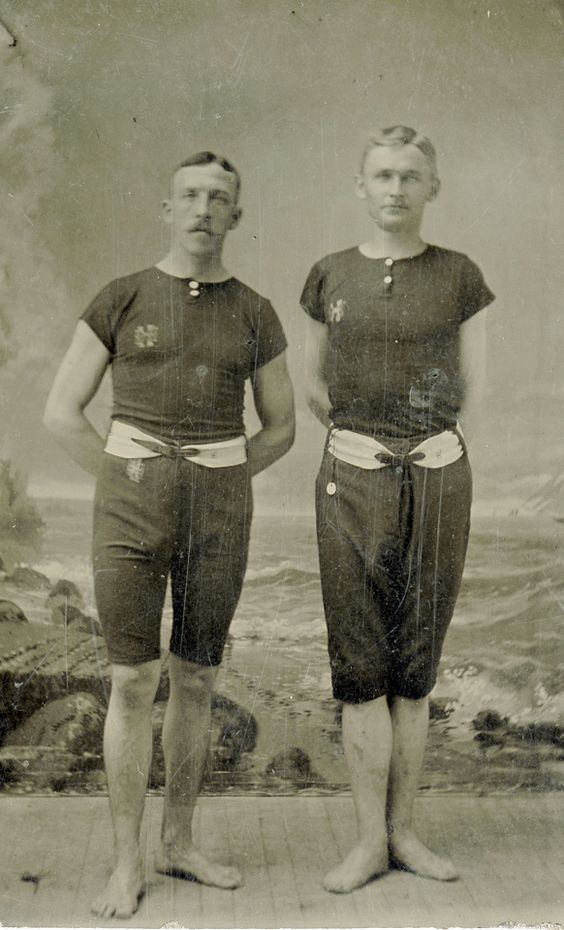 In the 18th century, in some areas such as Bath in England (a city founded by the Romans as a spa), it was decreed that men should bathe in pants or shorts and vest. 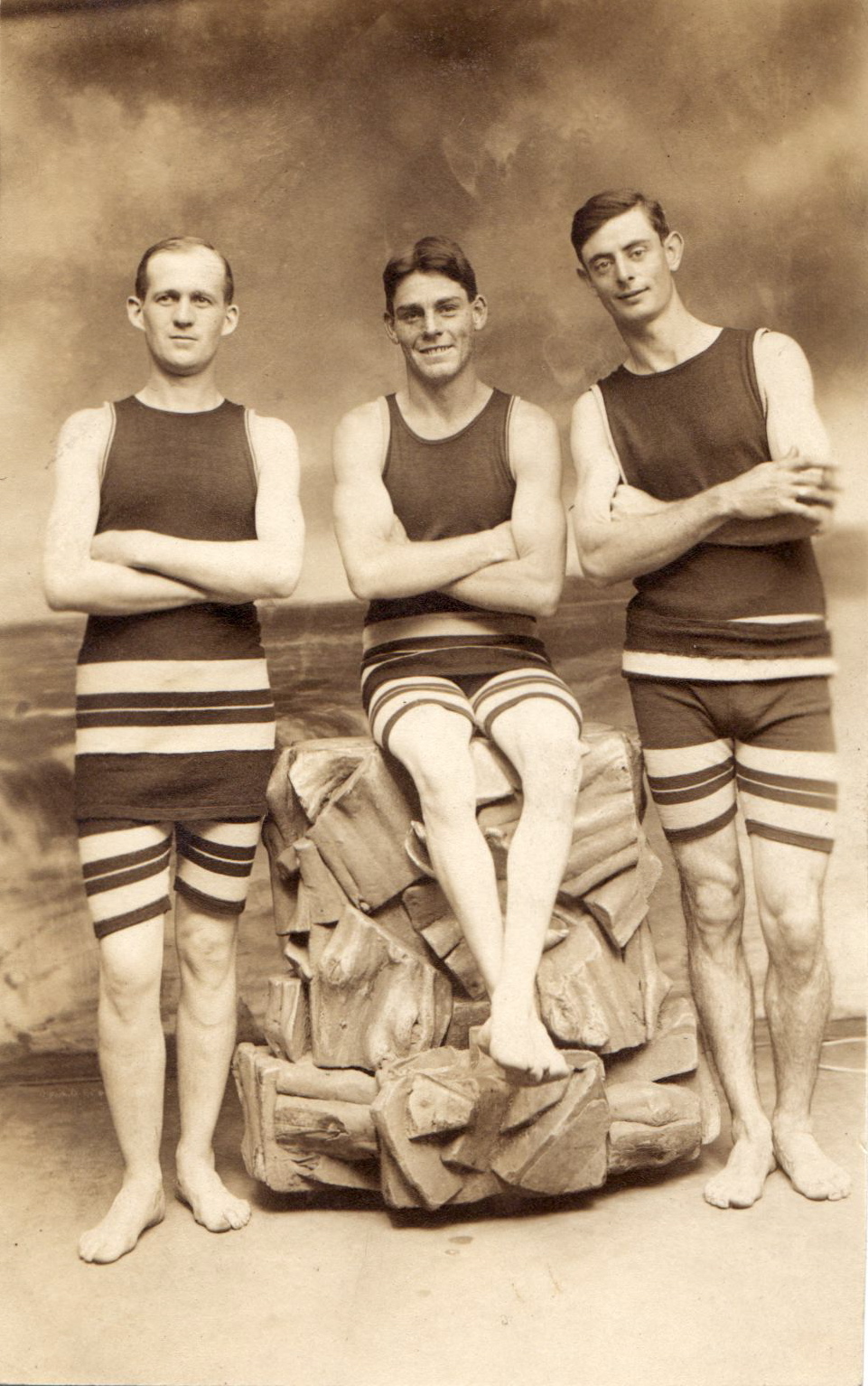 Concerning the swimming in outside, the man can still bathe naked during some decades, until the first half of the 19th when he must also dress in order to hide what cannot be seen.

Finally, we get there. Early 20th it starts to rebel. Annette Kellerman, a professional swimmer from Australia gets arrested in Boston for indecent exposure. She then wears her sporty outfit that reveals her legs (from mid-thigh) arms and neck. Think about it! A neck! That' s shameful. This outfit is similar to those of the men who are not bothered. 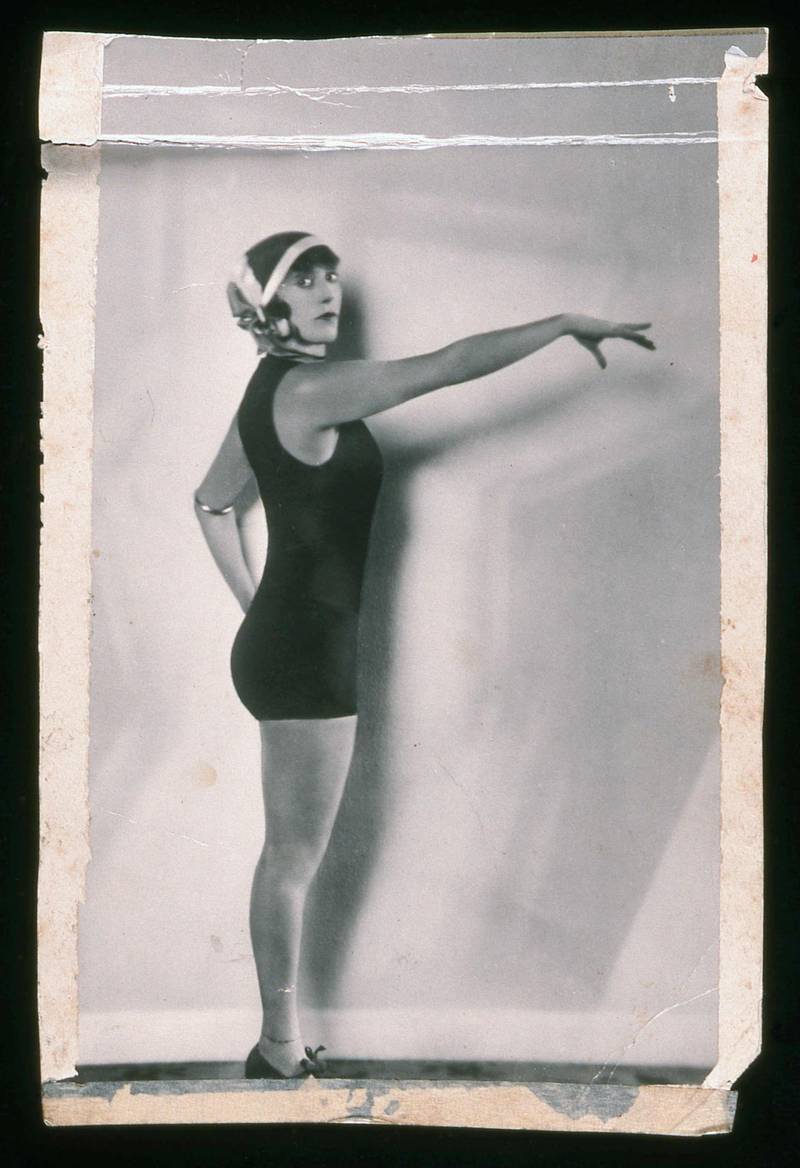 But the machine is launched, and, in a few decades, Annette Kellerman's swimsuit, close to the body and which lets see the morphology and size of its wearer, bears fruit. Here and there either via sports competitions or Hollywood stars, we will see the appearance of two-piece swimsuits, silk, nylon, latex or cotton. Fabrics and style that will serve either sports performance or marketing coups or celebrity. 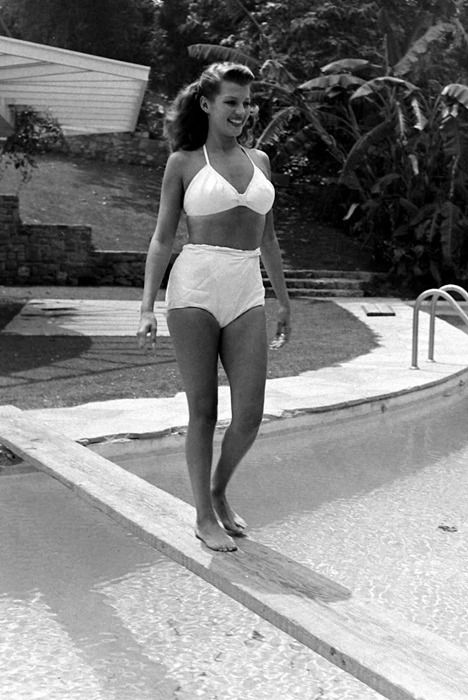 Above, Rita Hayworth does parkour.

At the same time, influenced among others by Johnny Weissmuler and his role as Tarzan, men's shorts and shirts are getting shorter, but not more than 4 inches above the knee! 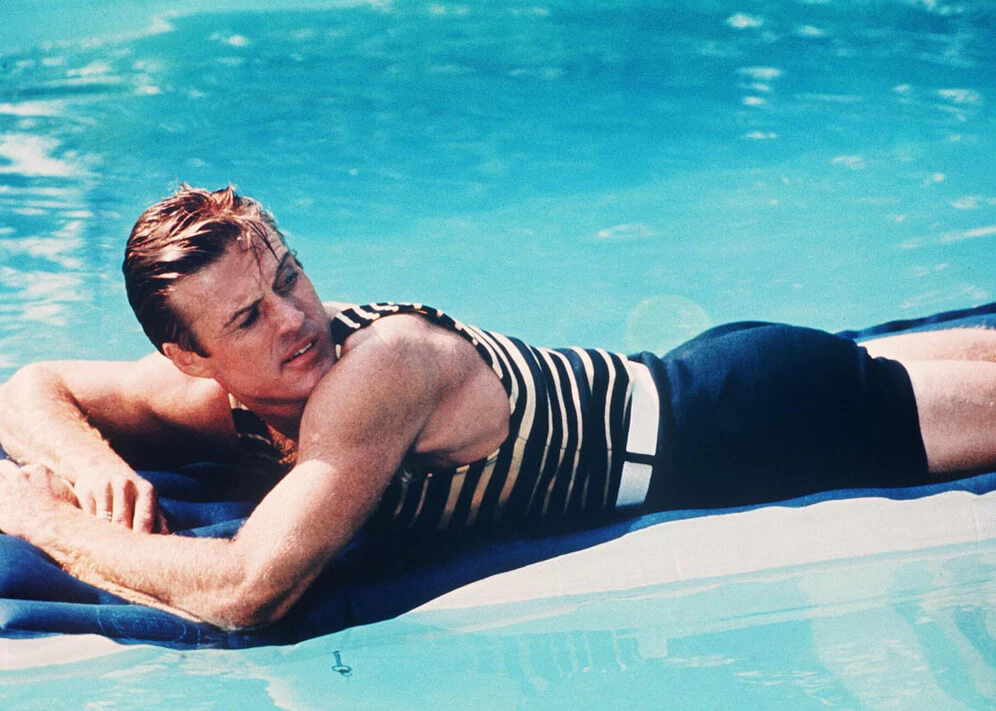 Me, in my Saint Tropez' airbnb.

The revolution you know it, an iconic garment of the 20th century. Created by a Frenchman, Louis Réard, the first bikini was launched in 1946. The belly and navel are uncovered, the bottom is indented while the top is composed of two triangles of fabric. 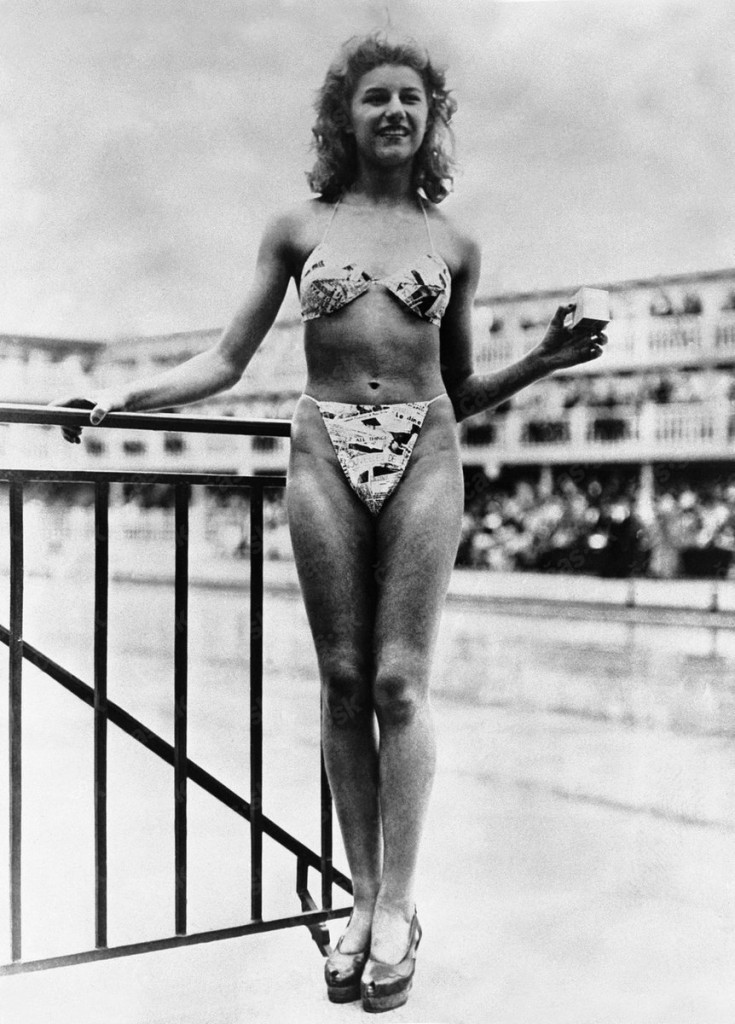 For several decades, and with the help of the 60's sexual revolution, the bikini will be democratized and will cohabit with other types of swimsuits, more or less "daring", in different textiles (cotton lace), from the most exotic to the most traditional. The man will drop the top and the short or long swimming shorts will cohabit with the swimming briefs from our years of swimming pools in middle school. 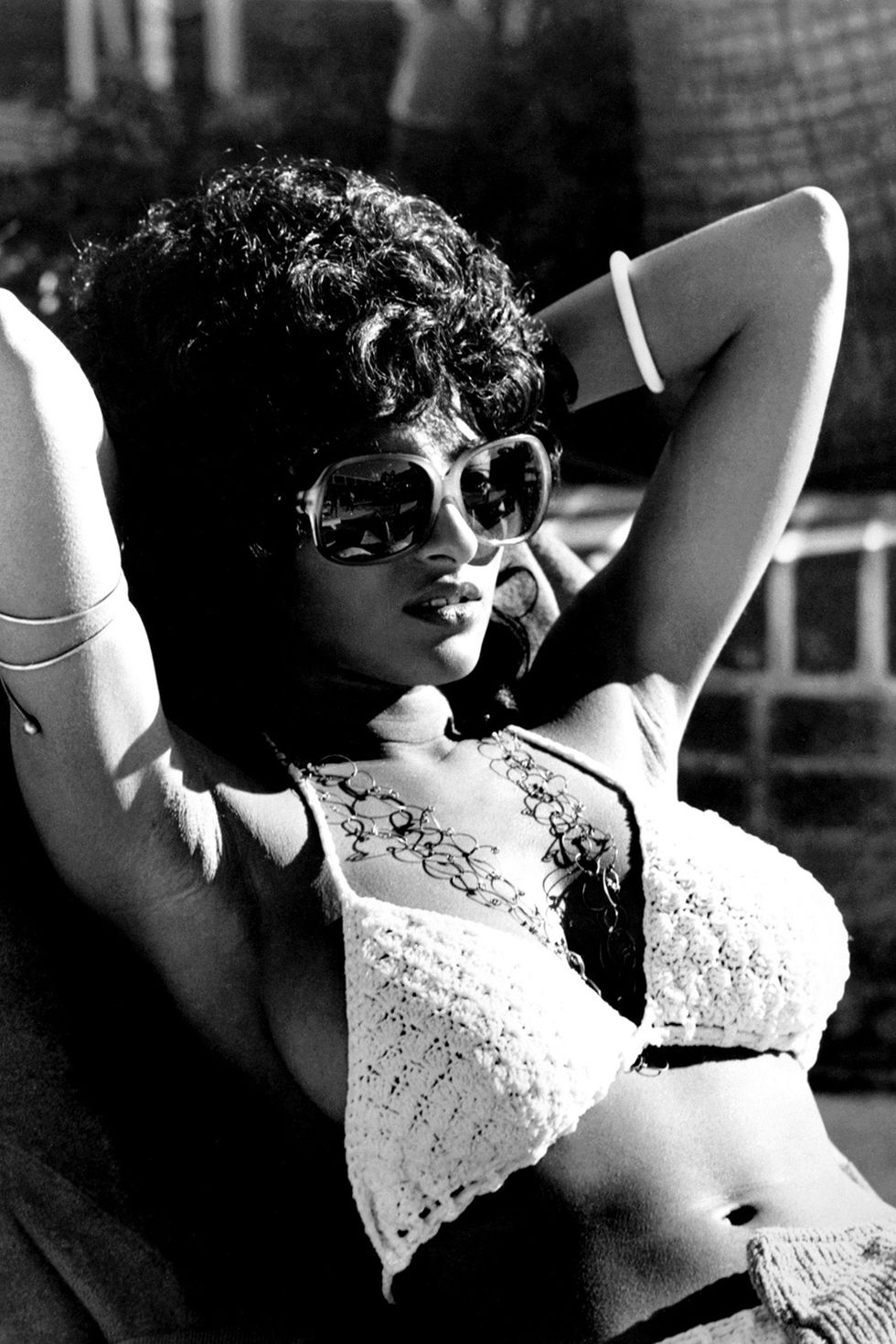 Today, beachwear is versatile. Long gone are the days of etiquette and today the distinction is made on style and fashion. Eccentric, classic, streetwear, techwear, trendy. Adapting equally well to the beach, the ocean, as to the wild party of the club-med. Patterns and colors have replaced for the better the sad colors of old days..