From Laguna Beach to the world over, Stüssy has transformed the streetwear fashion industry. But do you know the history of this iconic brand ? Graduate suggest a retrospective on the genesis and creation of this empire. Grab a coffee, sit comfortably and get on board with Shawn Stussy‘s wild success story.

Shawn Stussy, from passionate surfer to founder of an international label

This streetwear giant takes its name from its founder Shawn Stüssy. This crazy story began in California in the 1980s. Shawn grew up on the west coast and began designing and making his own boards at the age of 13. After completing his studies, Shawn divides his time between Newport Beach and the East Coast of California. In the summer he works at Russel Surfboard making boards and in the winter he is a ski instructor in the Mammoth Mountain Valley. 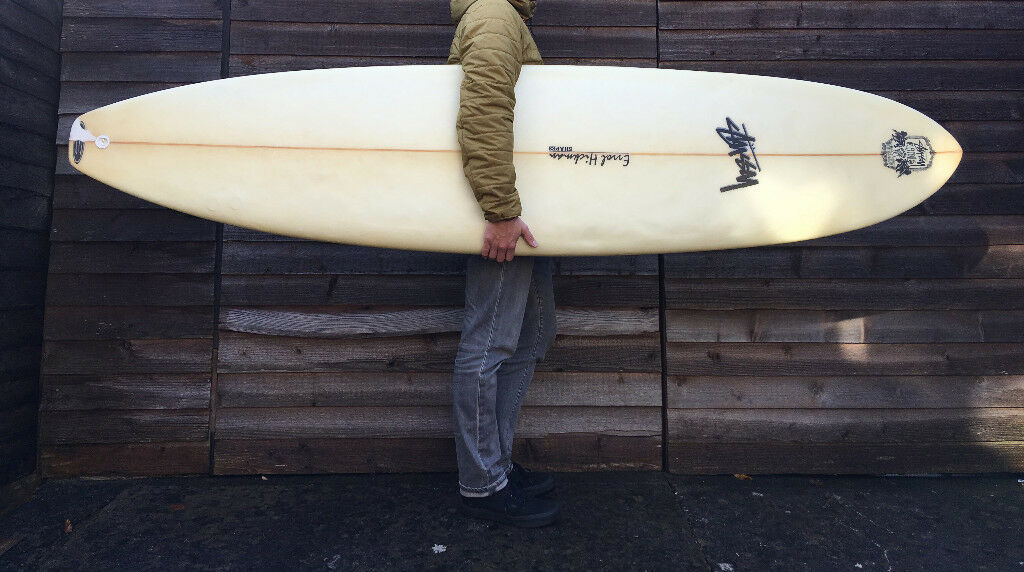 In 1979, he decided to take off and settle permanently in Laguna Beach, California. He then started selling T-shirts and his own boards. That’s when Shawn will have an idea, why not signing his creations like the New York graffiti artists who tagged on the subways.

He therefore decided, with the black marker, to affix his grandfather’s signature to all his products. Without knowing it, he had just created a giant in the textile industry.

But the adventure was only just beginning, for a company to explode in the eyes of the world it is often necessary to join forces. It was in 1980 that Shawn made a decisive encounter.

Meetings that will seal the brand’s destiny

In 1980, Shawn was looking for sponsors to accelerate the development of his project. It was in this context of seeking collaborations that he met Frank Sinatra Jr. He then offered Shawn to join forces and provided him with $5,000 in investment. In 1984, the brand was officially created as a company under the name Stussy INC. The label stopped developing in the 1980s.

This is where another iconic figure in the fashion landscape will appear.
In the 90s the company collaborated with Jeff Jebbia, the founder of one of the greatest Skate brands of the decade, Supreme. Jebbia will completely accelerate the firm’s development by opening a boutique in New York, Soho and Los Angeles. The brand’s sales continue to grow from $17 million in 1991 to $20 million in 1992. Jeff Jebbia left Shawn’s label in 1994 to found the famous Supreme brand. 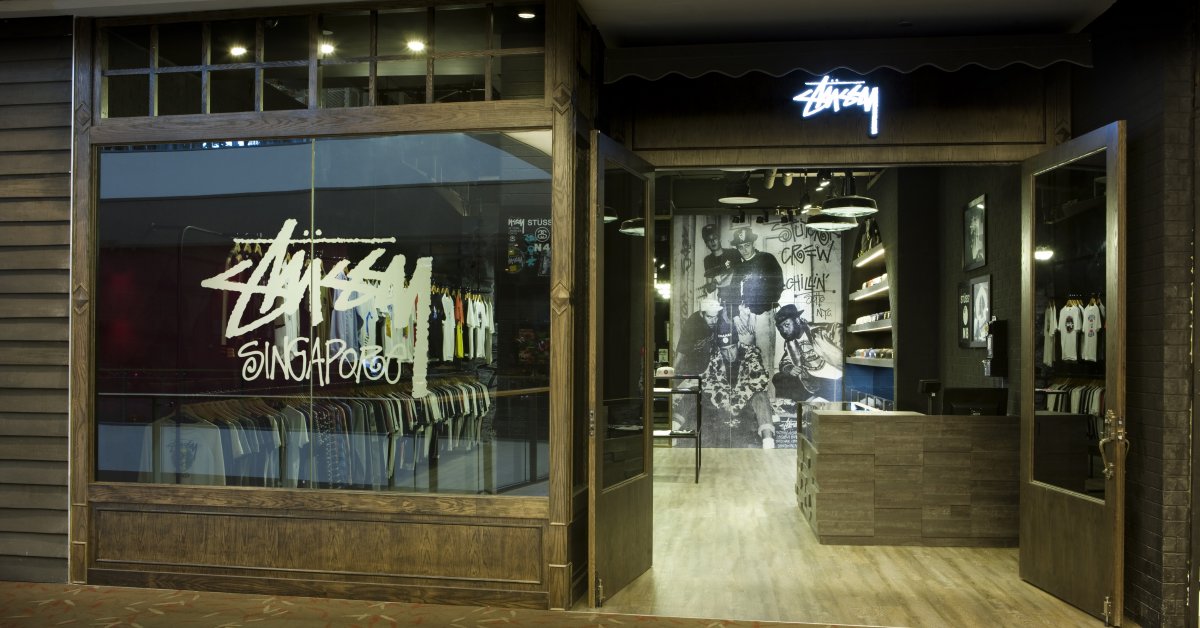 In the late 1990s the company successfully expanded and is accessible in all major American urban centres through a network of specialized dealers. In the rest of the world, the brand is found in high-end designer stores. In 1996, following a strategic disagreement, Shawn, who favoured creativity over profit, officially sold his shares to Frank Sinatra Jr. and appointed him president of Stussy INC.

Stüssy, an influence amplified by b collaborations

The Sinatra family will amplify the impact of the label throughout the world. The company, which celebrated its 30th anniversary in 2014, now has more than 20 stores around the world. The brand will rely on b collaborations to enhance its influence.

The first collaboration appeared in 1997 with Casio and its G-SHOCK model. In 2000, the famous Californian label will collaborate with Nike by rethinking 2 colorways of an emblematic model the NIKE AIR HUARACHE LE.

The following year, the brand from the west coast of the United States will extend its partnership with the Nike marketing team by releasing an iconic model, the Dunk Hight. Today the American firm has many collaborations such as New Balance or the brand founded by Nigo Bape and has succeeded in asserting its domination over the streetwear fashion industry.

The firm’s success lies in its popularity in hip hop, streetwear, and haute couture culture, but also in a multitude of diverse cultures, such as punk or Hippy culture. But how did Shawn and Frank Sinatra manage to make this Californian brand so popular with the world? 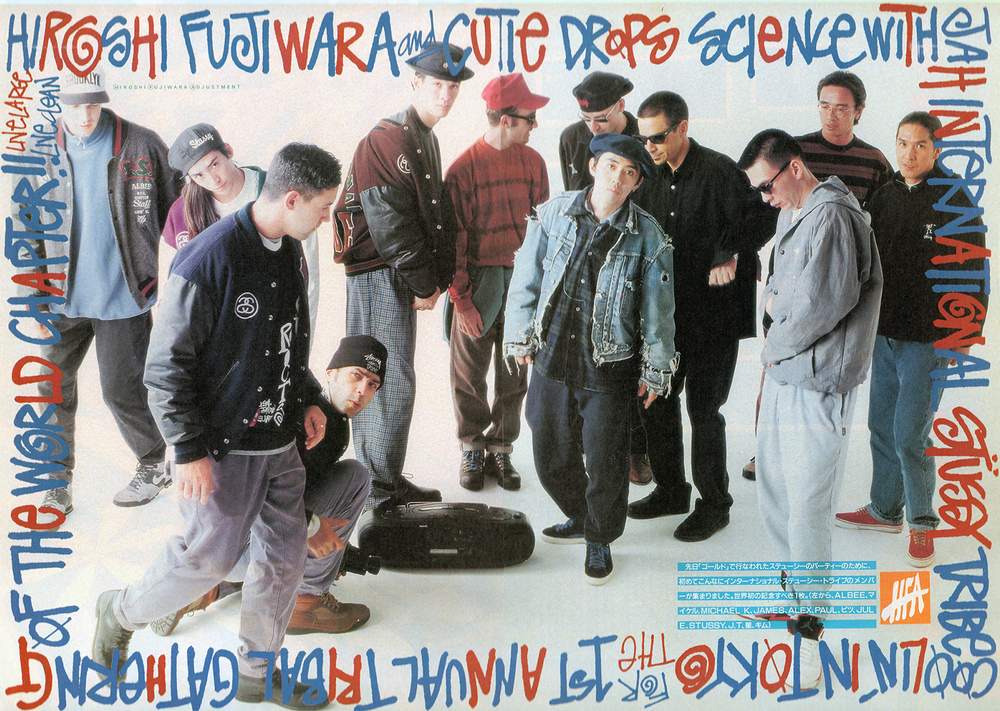 A redesigned logo linking it to haute couture fashion

In the 1990s, Shawn, under Sinatra’s guidance, created a logo and a new visual identity. Wanting to stand out from this purely “surf brand” image. Shawn will be inspired by the Chanel logo by remodeling it in his own way.

He therefore decided to replace the famous letters C by his own initials with the letter S. This is where the famous logo of the S that intertwine was born. Shawn will also draw inspiration from Chanel’s fragrance typography to create a b brand image with a logo that has been anchored in the brand’s visuals:” Stüssy No. 4“.

This inspiration for a haute couture house marks the firm’s desire to strengthen its brand image and affirm its positioning as a creative and inspiring fashion label. 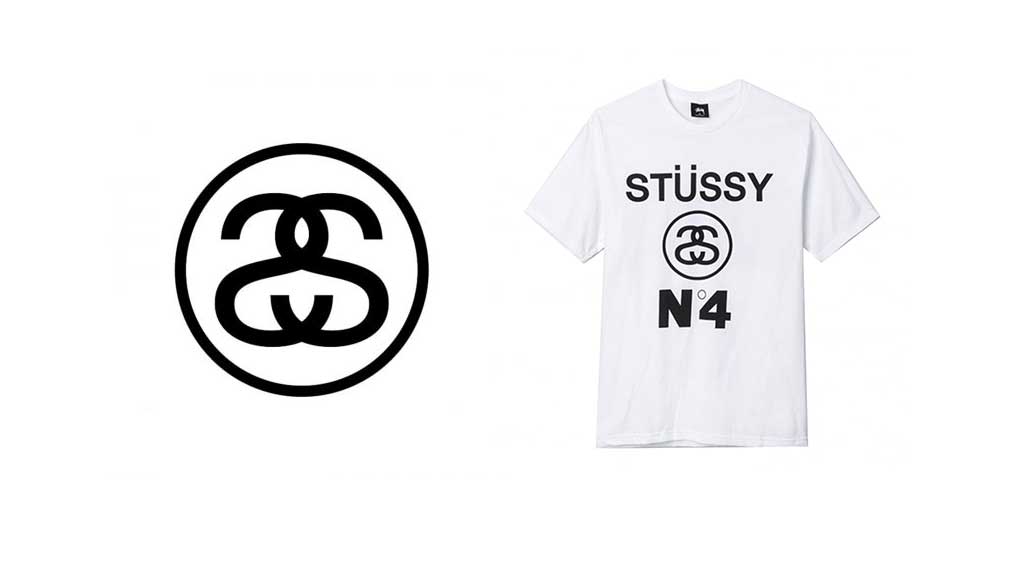 Stussy Tribe, creation as a power of gathering

During the 1990s Shawn embarked on a journey around the world where he shared his brand vibe and vision of fashion. From then on he met many influential personalities such as Michael Kopelman, Lucas Benini, Hiroshi Fujiwara, Nigo. From this came the formation of the International Stüssy Tribe, nicknamed the IST.

This crew shares the same ideology: to support art and creativity in all its forms. Groups of several artists from different backgrounds such as DJs and rappers formed to represent 5 key cities: Paris, London, Los Angeles, New York and Tokyo. 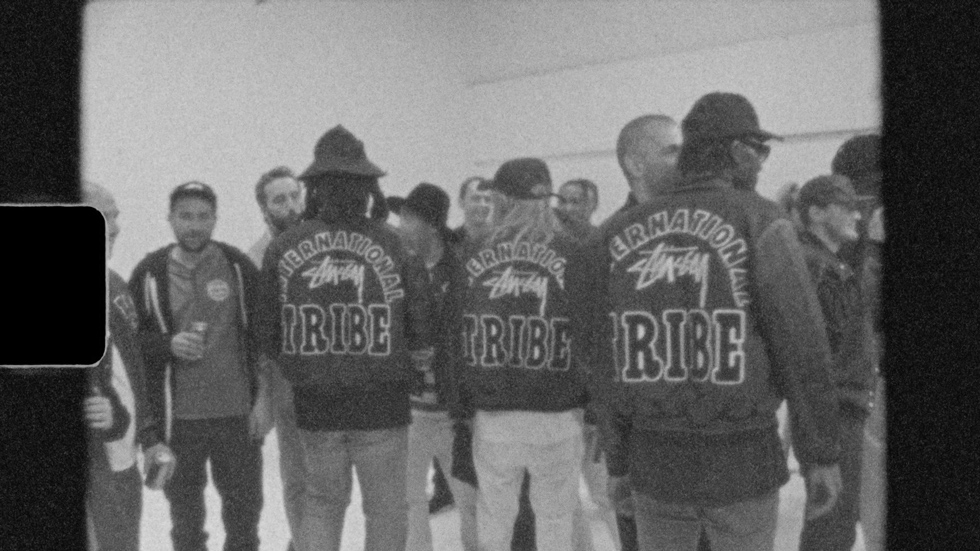 To thank this major support and the help of its members, the brand decided to offer a personalized varsity jacket for each IST member. The company will then decline derivative collections that have become famous to the general public.

This influence will have a direct impact on the reputation of the Californian company, as all the brand’s customers want to be part of this “tribe”. Shawn understood early on the phenomenon of consumer mimicry and the need to belong to a group.

But Stussy is above all a creative identity and an atmosphere that is increasingly asserted in its collections.

Since almost its creation, the label has been producing multiple bobs that all have a strong visual, which highlights the signature of designer Shawn Stüssy remarkably well. There is a big passive behind the Stussy bob, history, identity, in short, everything to please streetwear lovers. 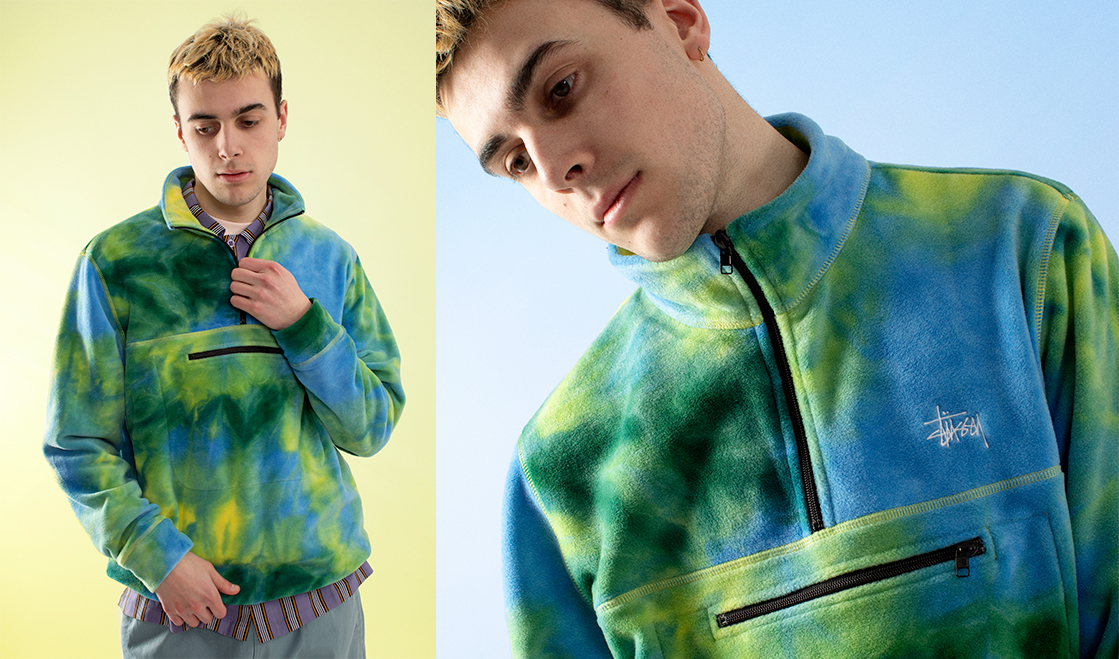 For its SS19 collection, the Californian label offers us colorful pieces inspired by vintage trends. In particular, there is a leopard motif with very colorful shade that bring a sunny dimension to this collection. Sportswear is mixed with workwear to give technical parts, especially with the Poly cotton work set.

Little by little, the brand made in USA asserts its colorful label working with materials that stand out from its great classics bearing the company’s emblematic logos.