Converse, over a century of collaborations

In 2008, to celebrate its 100th anniversary, The Famous sneakers brand Converse launched an international advertising campaign. Its name: Connectivity, a name that highlights b values. Implemented in more than 75 countries in Europe, Asia-Pacific and America, no one escaped the star's radiation. She was even represented during the fashion week from this event.


Nike has taken the star's flag back to perfection. By commemorating the alliance with artists and various fashion houses, he has created new associations. We are here to talk about Converse collaborations.

After the famous collaboration with the star and Nike, Chinatown Market redesigns the Chuck Taylor All Star 70's with a beige canvas base, simply adding its branding to the tongue. We could stop there except that under ultraviolet rays, the vamp is covered with orange, pink or blue on the sides. The Converse logo on the ankle concludes a technical pair, signed by the smiley. Check out more infos about Converse x China Town Market. 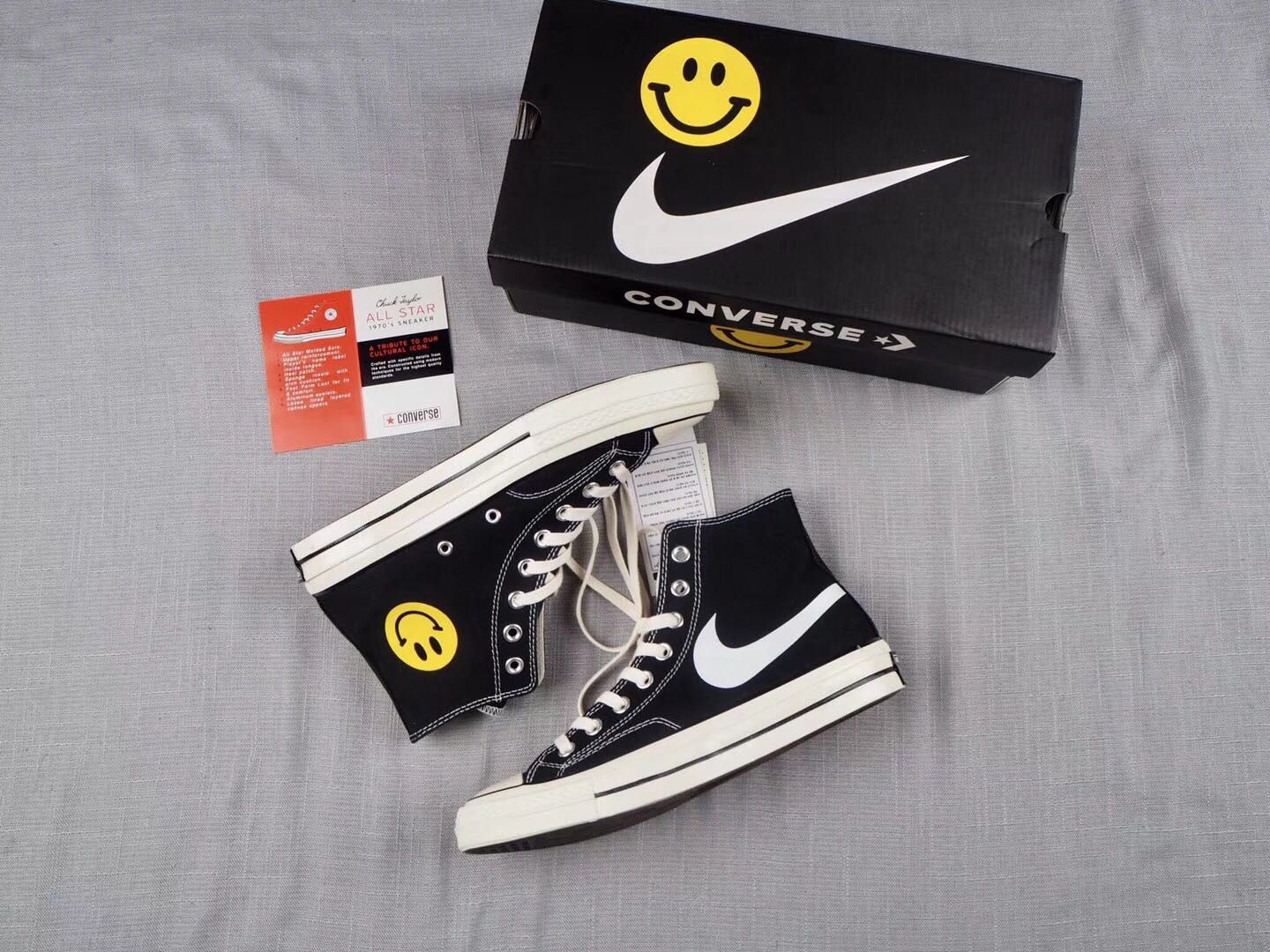 Chinatown Market is the only brand to have added the comma on the Chuck. An association that has its importance since the two heavyweights of the sneacker almost never display themselves together and tend to show that they are now one.

These two legends have become accustomed over the past decade to collaborating on a wide range of pairs, often victims of their success. The heart with the little eyes of the streetwear line Comme des Garçons was first associated with Converse in 2009 with the logo on the ankle, at the symbolic place of the rosette. Check out more infos about the collaboration between Converse and Comme des Garçons.


Indeed, 8 years ago, the Japanese brand started to revise the converse chuck taylor all star, adding the initials of the house. Then CDG embarked on a creative madness, revisiting the Jack Purcell in 2011 and then in 2013, the Pro Leather. 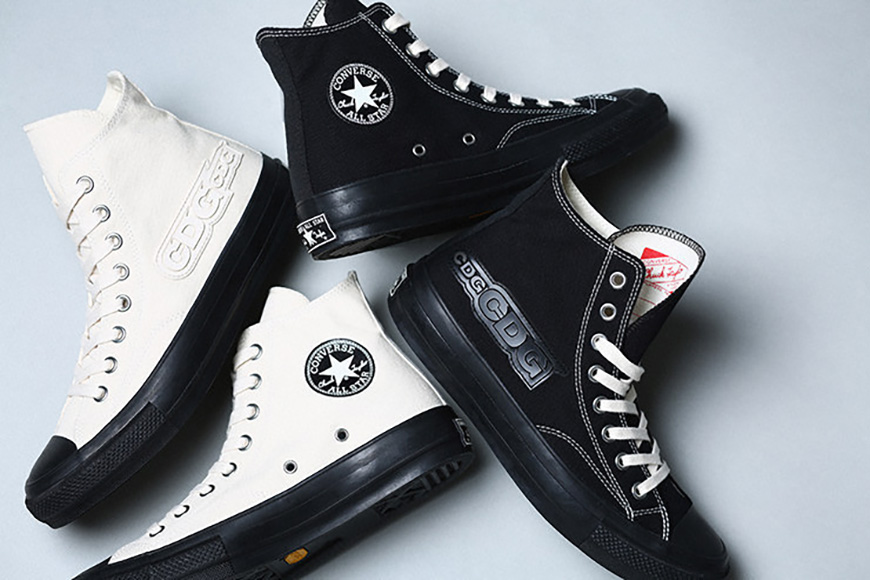 The last child pair of the two precursors is the SS19 collection, unveiling a Chuck Taylor Converse, which was once again an extraordinary success. In terms of sales, both versions of the Chuck Taylor are off to a flying start. They have quickly become mainstream while the other more technical associations are released in fewer copies and are therefore more discreet.

It was almost too predictable to see the Chuck Taylor 70s Hi Converse pass into Virgil Abloh's hands. Indeed, the famous creator/manager of Kanye West and new artistic director of Louis Vuitton has revisited the converse pair several times. The "The ten" version, for example, took up the design of this model by adding its offbeat and conceptual touch. 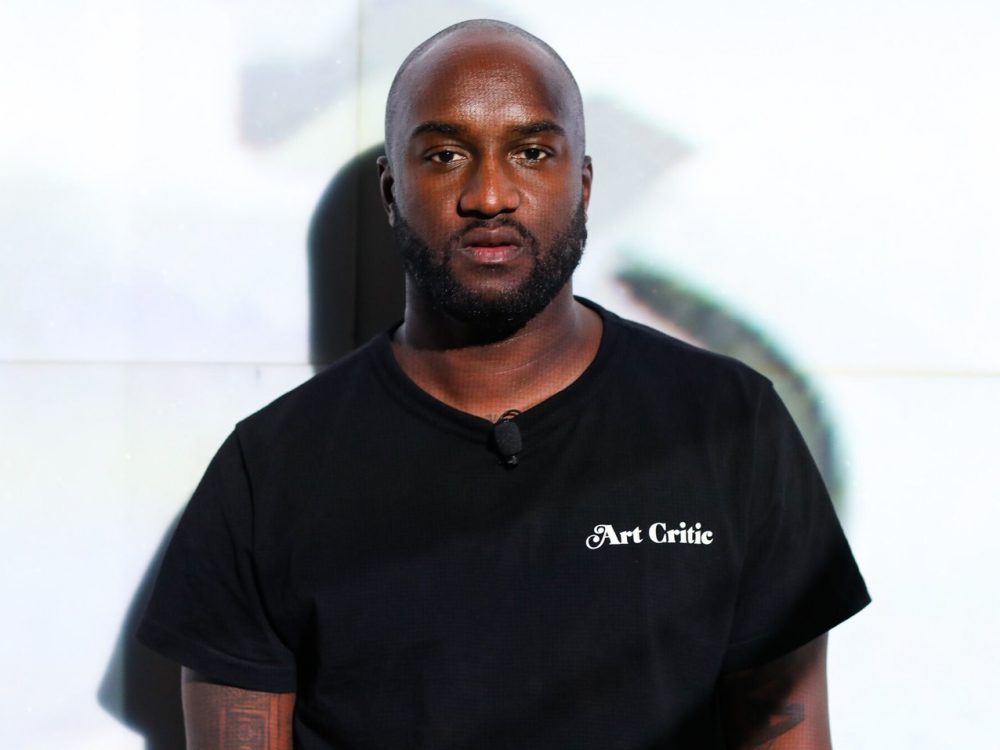 We will especially remember the last of the Off-White series, Nike and Converse, where the media creator had rethought the classic white canvas with its famous black stripes on the sole. There were also derisive badges such as the branding on the ankle and the inscriptions "SHOELACES" explicitly naming the laces. Check out more infos about Converse x Off White.

Virgil Abloh, Nike's great madman, has like many artists used the Chuck as a canvas to express himself freely and add his touch to the legend. But it is not only fashion monsters who can access its customization. Indeed, we will see that the star also serves as a springboard for ambitious young creators. 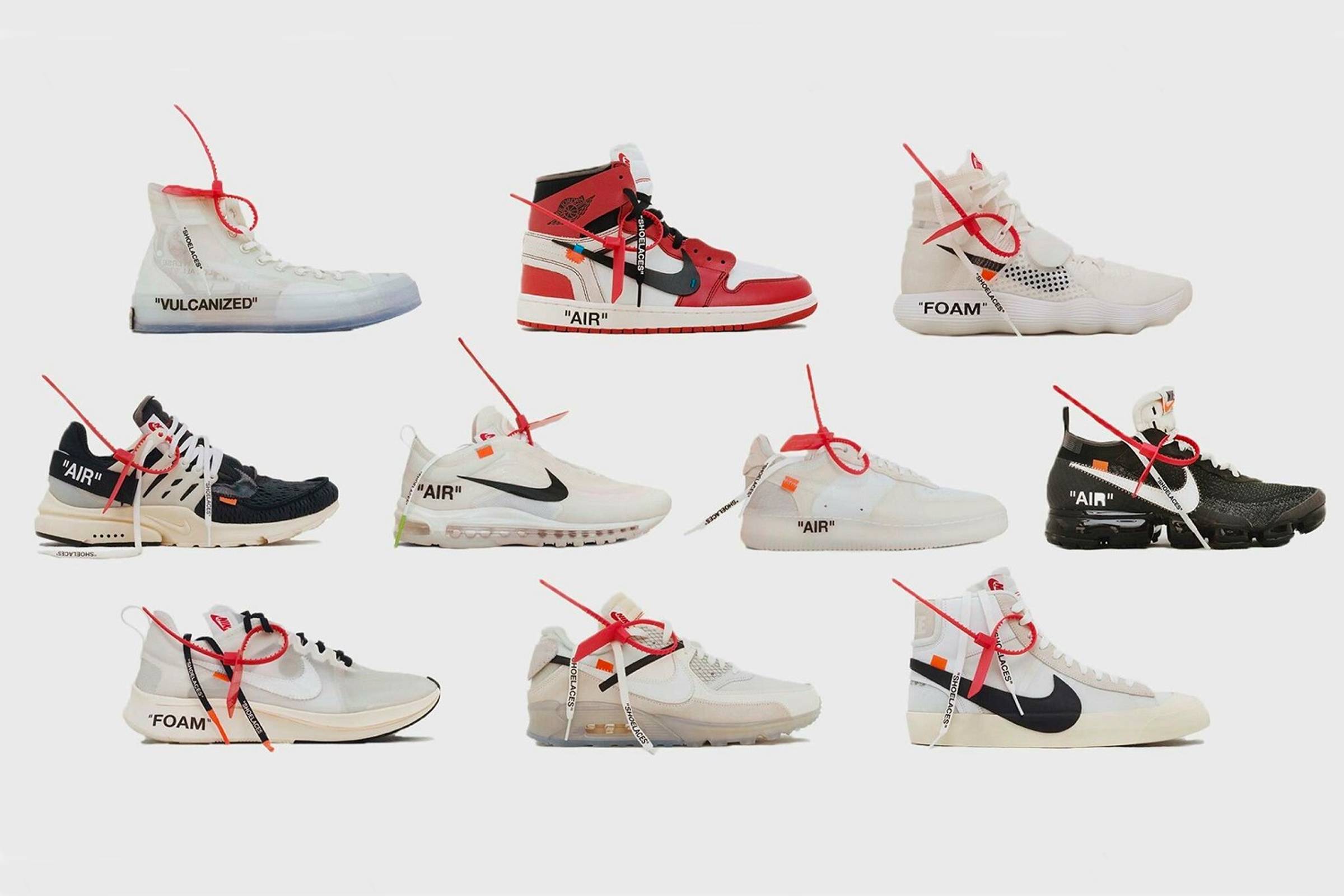 At the beginning of 2017, a partnership with Tyler the Creator, rapper and creator of the Golf Wang brand (including GOLF the FLOWER*) began. As a big fan of the brand, The Creator has been able to combine its unique style with many Converse ranges, giving original sneakers in a wide variety of colours.


Revisiting almost exclusively the Converse One Star, the icon of fashion and hip-hop has reworked his favorite model in a wide variety of materials including the Velvet Pack and the most telling example. 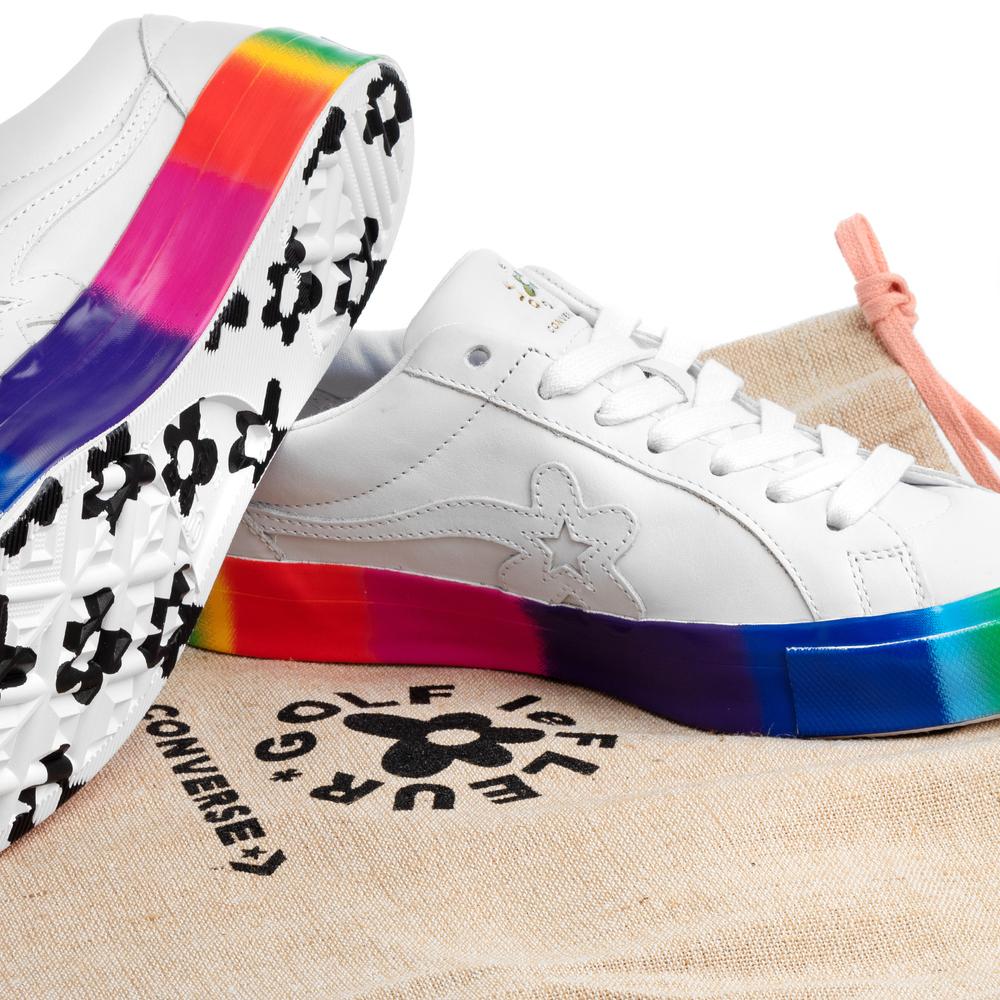 Meeting almost twice a year, the two labels have recently created the "Golf le fleur Rainbow" model. A pair for Pride Month, a major event for the LGBT community. With this new collaboration Tyler makes a statement that is close to his heart, with a sought-after experimentation with colour. The One Star is dressed in a multicoloured gradient on the sole to promote freedom of expression.

More significant than saying that Converse only lets itself be approached by the big boys, the Braindead label could also have the honour of signing its history. Once again based on the timeless Chuck Taylor model, the young Los Angeles label wanted to show its passion for the star by recalling all the stages of the evolution of these shoes.


We then move on to an aesthetic mixing the first camouflage motifs, animal, peas and not to mention the famous American flag, a patriotic print that was all the rage when it was released in 1991. 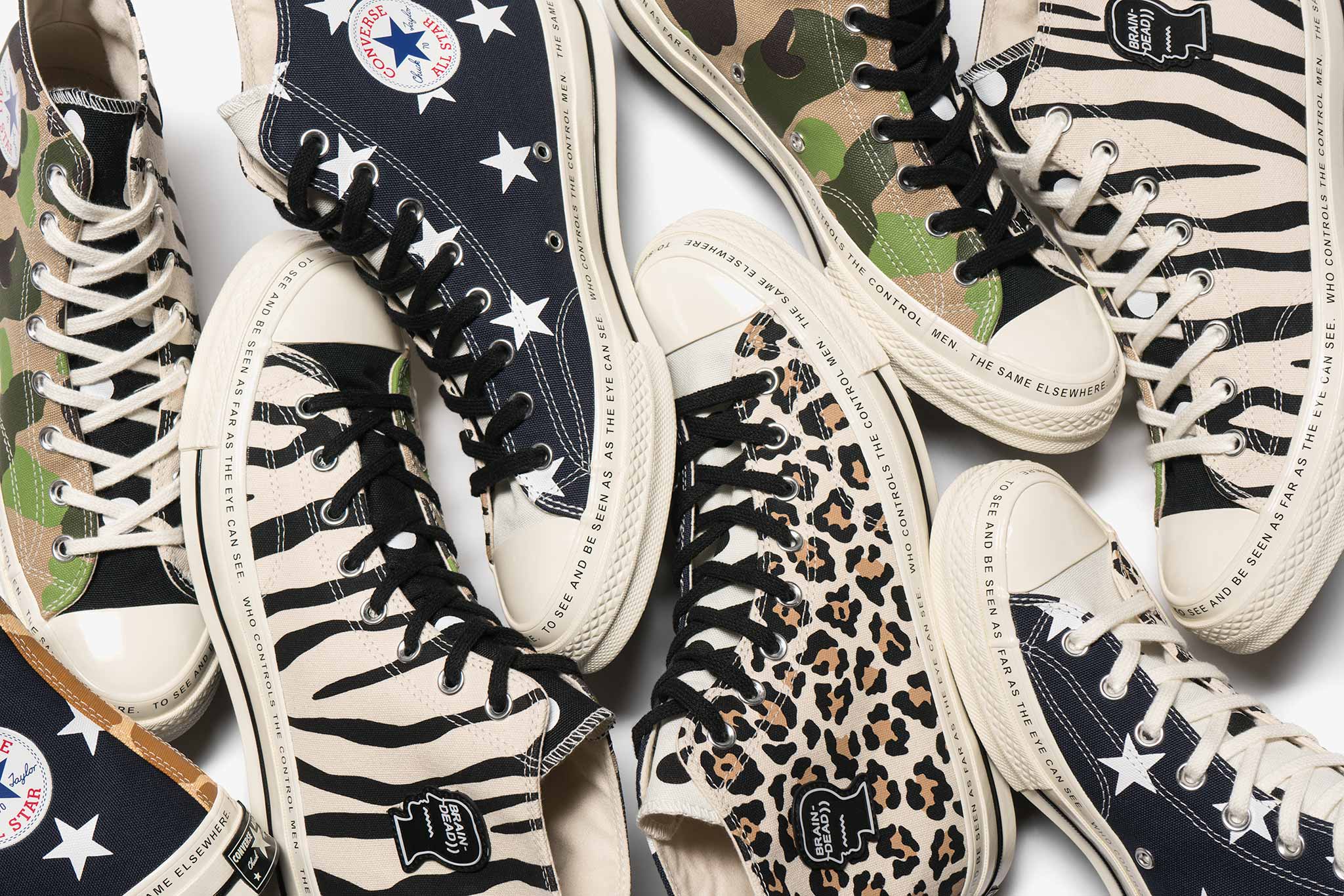 The logo of the founders on one side, the logo of the future-oriented creators on the other, and here we are with the Braindead x Converse. A collection that Kyle Ng had been able to complete with other dressed pieces, not forgetting to show his gratitude towards the centenary brand. Indeed, this collaboration had also borne fruit and was a great success.


Converse does not come from a miracle, if everyone she meets knows or will meet with success it is because it makes creativity flourish. From iconic figures to legendary shoes, the walk is not very high.


Check out other posts about Converse :