The keys to the success of the Stone Island brand

Founded in 1982, Stone Island specializes in techwear and is today one of the most recognized brands in the world. After more than 30 years of activity, the brand is still generating a lot of interest and confirms its status as an expert in the production of ultra technical clothing.

In addition to having built its success on its know-how, the compass rose is also recognized for its authenticity. Indeed, throughout its history, the brand has been able to impose its identity and reveal itself to the world as a unique brand.

Today, the Stone Island brand remains faithful to its basic conceptual precepts, which are reflected in a constant desire to offer high-performance products and techniques. However, this authenticity alone does not explain the brand's success. That's why we have decided to explain in this article the keys to the success of the Italian brand.

It must be said that performance research has always been the spearhead of Stone Island. It is this know-how that distinguishes it from its competitors. To achieve this, the brand has its own high-performance research and development department, which allows it to be incredibly ahead of the game when it comes to innovation. In terms of creations, the Italian brand has always designed technical pieces with military connotations, a world dear to the brand.

Like military clothing, the Stone Island suits have a removable crest with the iconic compass rose-inspired logo. Avant-garde at heart, the brand has sometimes shown itself to be ultra-creative by making some of these pieces from fabrics made from military truck tarps.  Before getting to the heart of the matter, our article How does Stone Island Sweatshirt fit traces the success of these essential pieces within a wardrobe.

A characteristic that has not escaped the eyes of the Italian youth and in particular of the Paninari who very quickly adopted the Italian brand. For the record, the Paninari are teenagers with high purchasing power. Fascinated by American culture (fast food, motorcycle, fashion etc), they were recognizable thanks to a very particular dress code. In the early 80's, the Paninaro look consisted of three major pieces: a Moncler down jacket, 501 jeans and Timberland hiking shoes. The outfit was usually accessorized with a pair of aviator or wayfarer glasses. 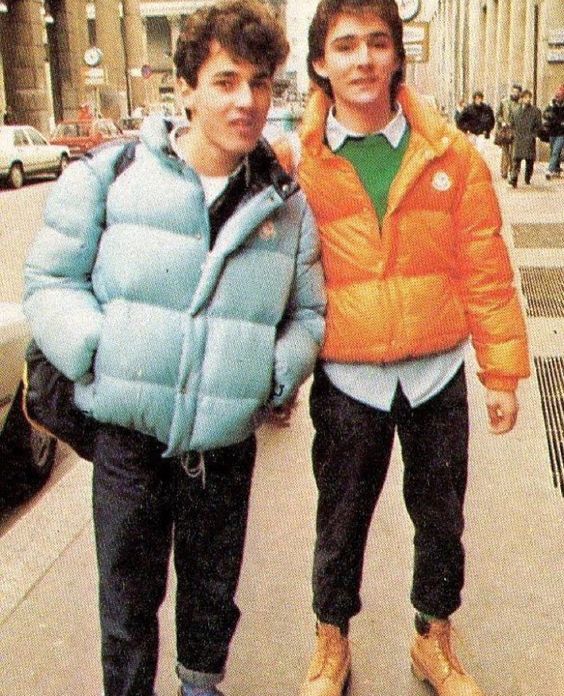 In addition to the three brands mentioned above, they appreciated other American-inspired brands. Among them were the must-have C.P. Company and Stone Island. This style of clothing was then taken up by young Italians from the working class. 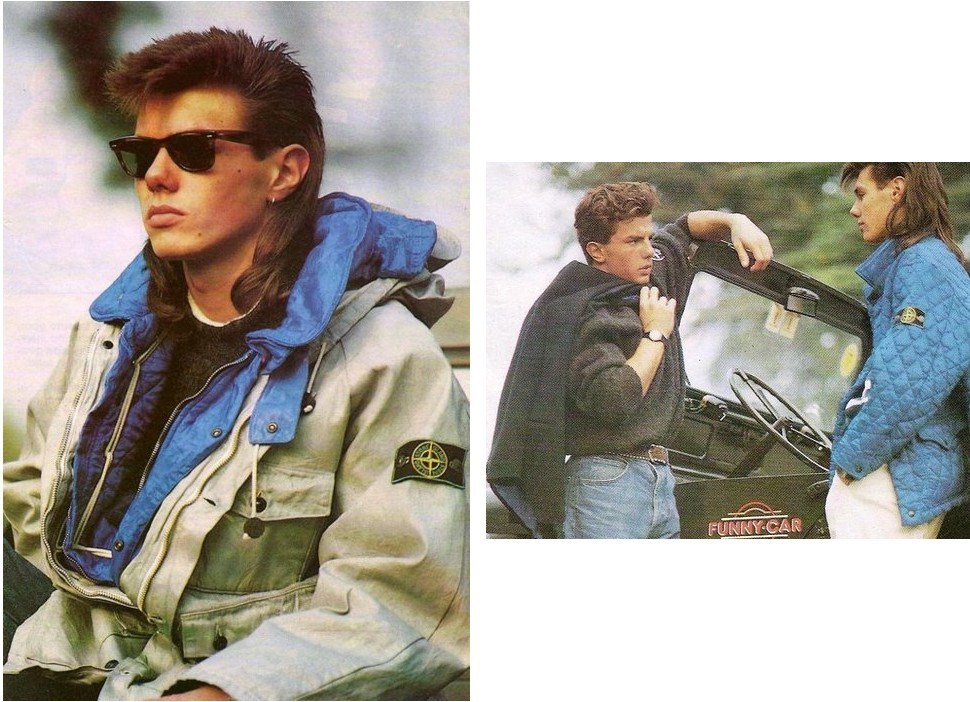 In the mid-80s, the Paninaro look was exported to England through football and became a dress code with ultras and hooligans. The hooligan quickly adopted the Stoney garment for its design quality, values and military inspiration. That's why through our article Stone Island and Hooligans between Love and Hate, we present you the history and success of the brand made in Italy towards hooligans. 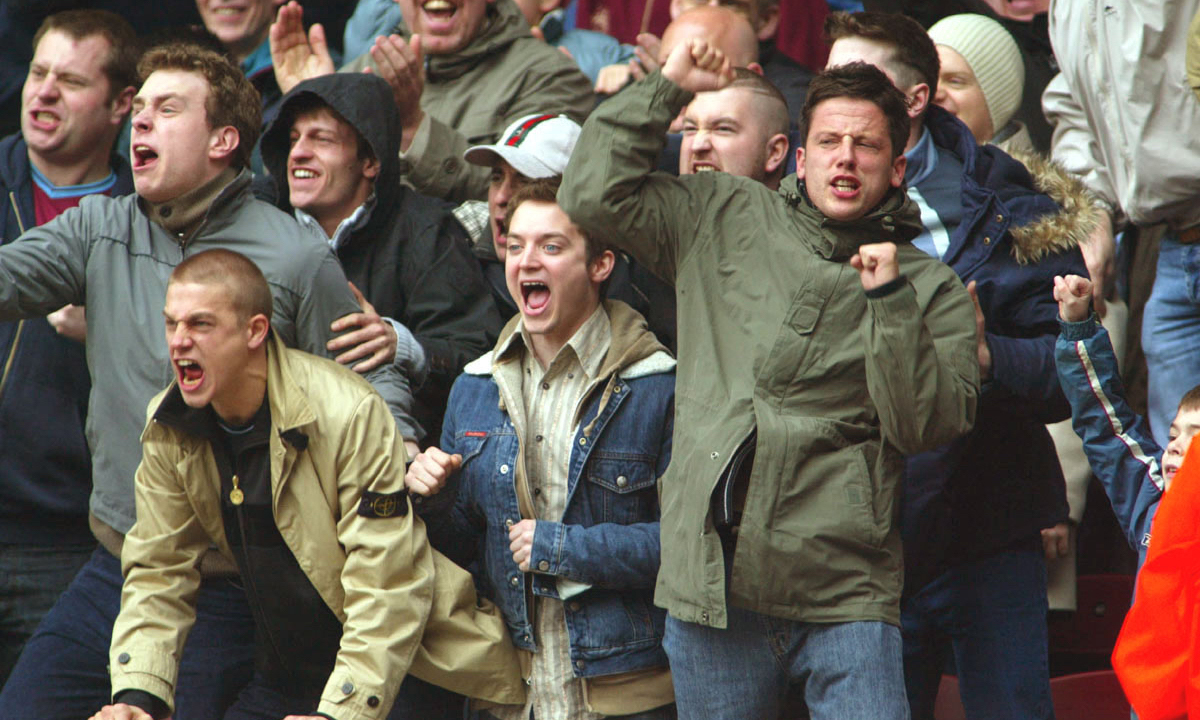 It wasn't until a few years later, with the return of the athleticism trend, that Stone Island, like the other brands in its segment, managed to return to the forefront. From that moment on, the Italian house has been carrying out a series of actions that will contribute to the international influence of the brand.

The mastery in garment dyeing and the high level of technicality in the manufacturing processes have played a major role in the brand's influence throughout the world. Massimo Osti has long been involved in the creation of dyes and the development of new materials. He is notably at the origin of heat-sensitive fabric and many other technologies. Today, the Italian brand has a department dedicated to innovation called the Stone Island Shadow Project. Under the leadership of Errolson Hugh (Artistic Director of ACRONYM), the Shadow program is akin to a laboratory for experimentation. The program contributes to the development of the many innovations found in the Stone ensembles. For Carlo Rivetti (current CEO), innovation is at the heart of Stone Island's activities, which makes it a key element of strong differentiation.

As far as fashion is concerned, Stone Island is similar to a UFO. It does not take part in any fashion shows and yet it is one of the best known brands among trendy ready-to-wear enthusiasts.

Stone Island does not hesitate to draw inspiration from the codes of luxury, in order to develop a brand image in line with the fashion world. Like haute-couture houses, it controls the distribution of its products by meticulously selecting its points of sale. It also does not hesitate to transgress the rules in terms of communication.

This bias allows it today to gather many followers around the world, especially among fashion lovers in general. In this sense, it does not hesitate to associate its image with other universes, with the aim of widening its field of action as much as possible. For example, the co-branding of NIKE and Stone Island or Stone Island Collaborations : Supreme X Stone Island have enabled it to reach young consumers who are keen on sports and fashion. Opinion leaders (Drake and Travis Scott) have also contributed to the brand's success. And one of the indicators of this success unfortunately remains the imitation of clothes. 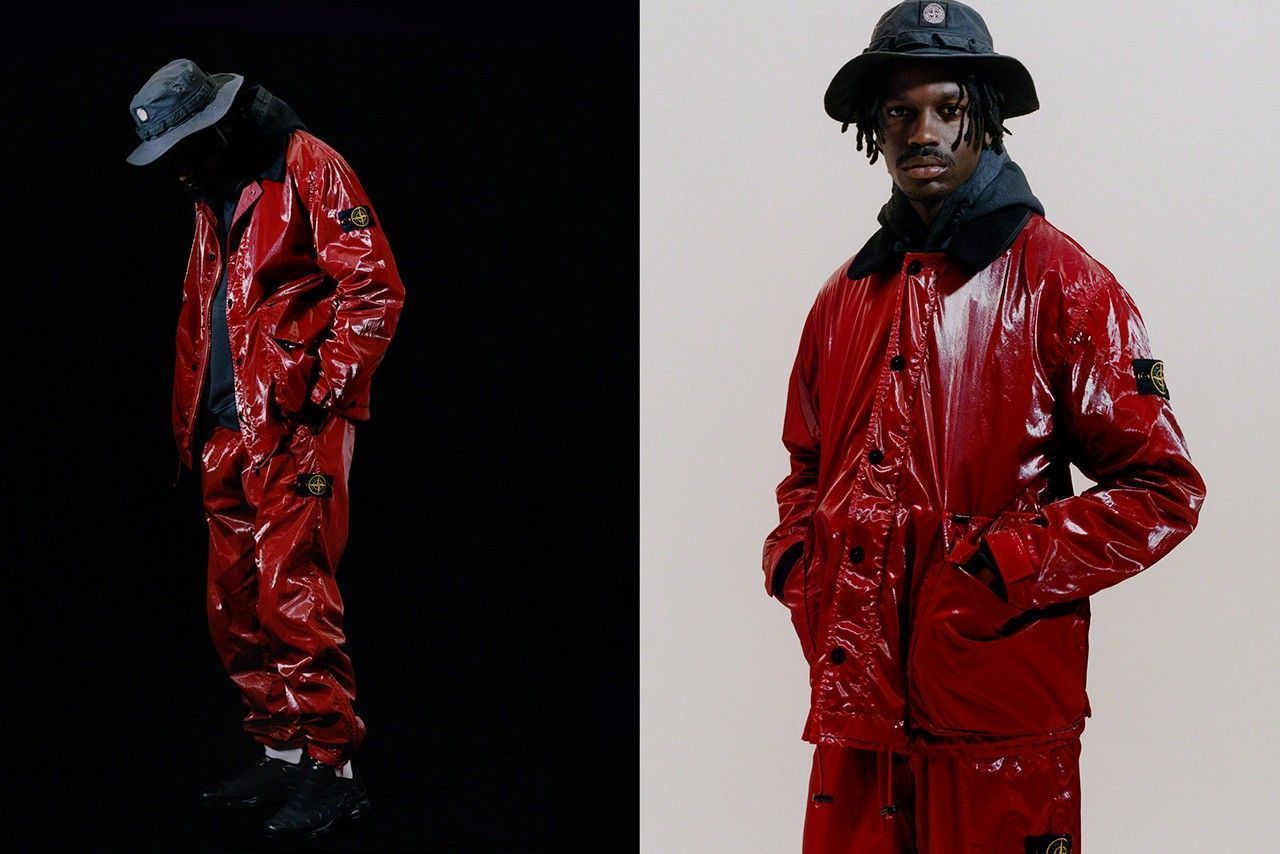 Imitation is an indicator of success for the Stone Island brand.

Very often, well-known brands are prone to counterfeiting. In order to limit as much as possible the spread of fake Stone Island, the Italian brand endows its creations with a unique authentication number. Although Stone products are made in a unique way and are difficult to imitate, it is necessary for any amateur of the brand to know how to spot a fake Stone Island, in order to avoid any disappointment.

Stone Island is distinguished above all by its authenticity. Although it is in the spotlight, the Italian brand has always been able to maintain its identity, namely that of creating technical, innovative and non-conformist products. Stone Island garments are not designed for a particular sector, it is above all universal. Everyone is free to make their own interpretation and create their own link with the brand.

The Italian brand is turning heads, indeed it echoes among the greatest. The Moncler Group has invested more than one billion euros in order to seal a three-stage buyout deal. This astronomical sum shows how well Stoney has managed to make its way and become a major player in the fashion world. But we can ask ourselves what will become of the brand with the famous "Compass". There is no doubt that this "merger" will stir up a bit the followers, find out more about it in our article Moncler acquires Stone Island.