As you already know, Ami Paris is a brand created by Alexandre Mattiussi in 2011 in Paris. After working at Christian Dior, Givenchy and Marc Jacobs, he decided to launch his own men's ready-to-wear brand. The brand name is based on the initials and last letter of its founder and artistic director.

For years, he wanted to create collections that were both casual and chic. The AMI brand aims to be authentic, sincere and with a message that is always positive and smiling. All this while maintaining a certain sophistication in fashion and a marked urban spirit. The Parisian Fashion Brand Ami by Alexandre Mattiussi now has 300 resellers around the world, three boutiques in Paris, and one in London, Tokyo and Hong Kong.

But despite this extraordinary expansion in the space of 8 years, the young designer is not determined to let the habit take hold of his fans' hearts. So it is together that we will discover the Ami FW19 season. 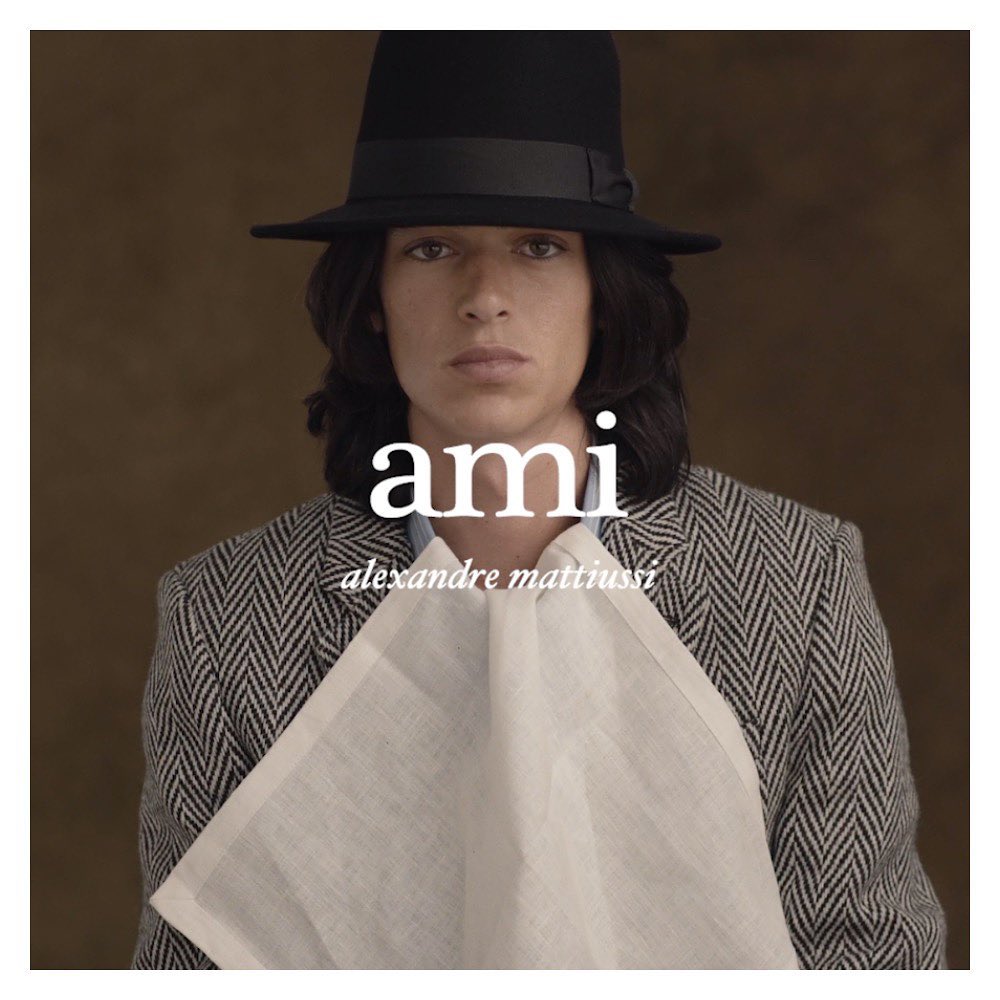 Alexandre Mattiussi, as usual, revisits the classic men's wardrobe by modernising it. But this season, he brought a touch of madness, especially to the play of colours by working with vaporwave shades such as the famous roses, greens and pale beiges. During the last fashion week, we were able to witness some small changes


Alexandre Mattiussi is carefully expanding his range (this collection included 15 women's looks that, based on a successful experience in the capsule in store last season, will be available in bulk). He also broadened his field of action while remaining well attached to Parisian iconography and the heritage of the French male. 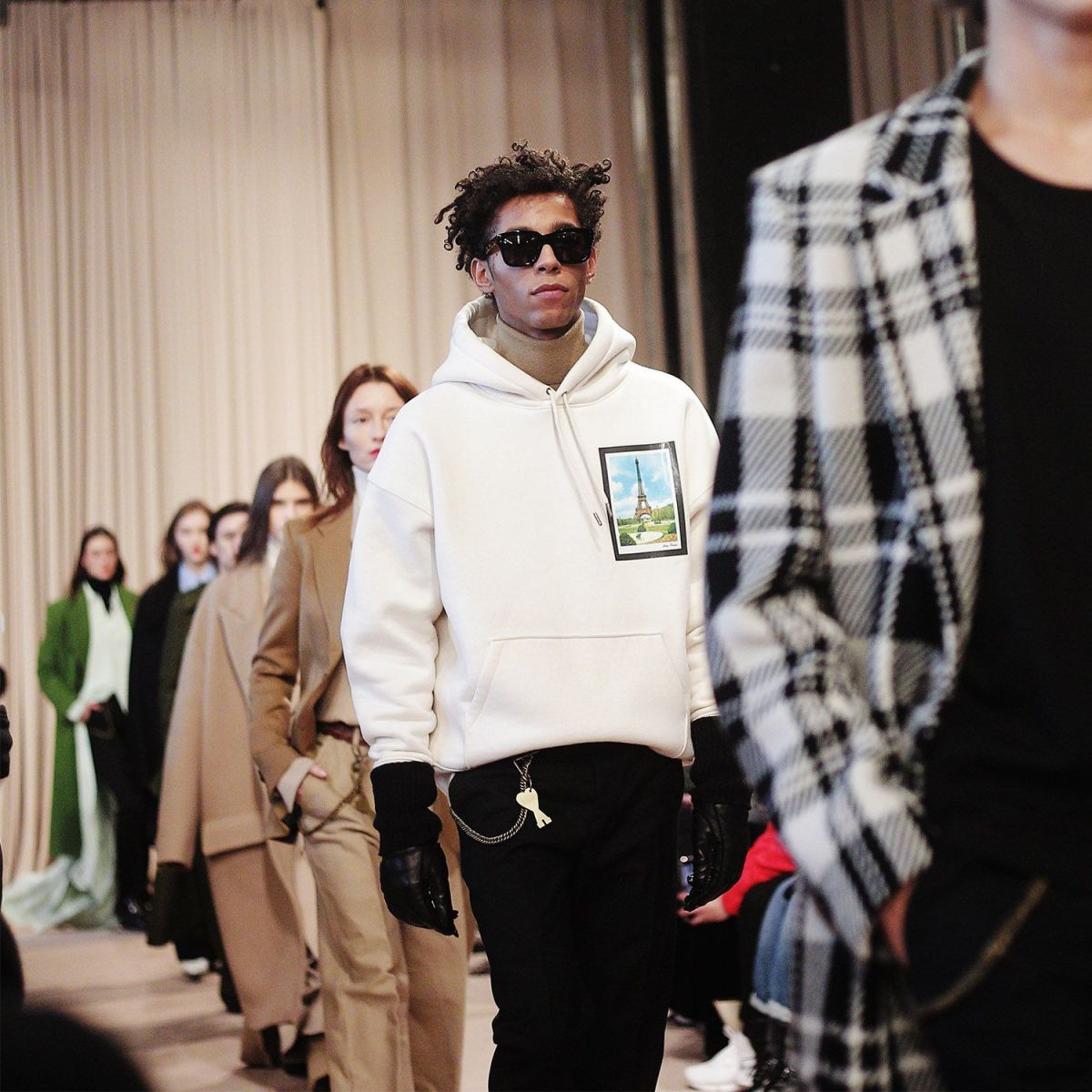 The young Parisian artistic director has, as one might say, "refined" his creative prism - the sepia - by drawing on part of the stylistic iconography of the Parisian cultural demographics of the mid-20th century: a vision inspired by Godard expressed by the descendants of Deneuve and Belmondo during this century which was fruitful on all cultural levels. 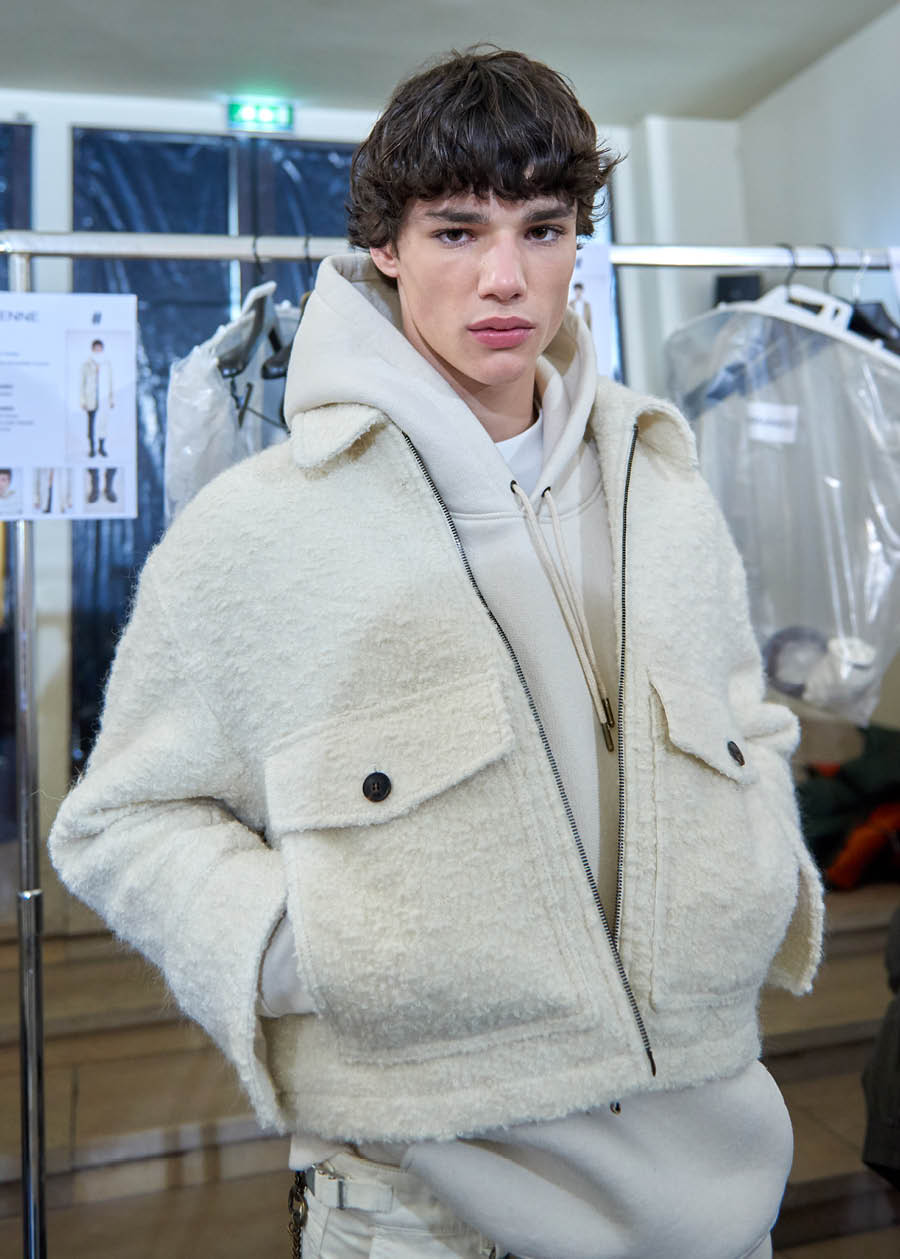 Mattiussi called the collection a "tribute to the bourgeoisie" and said he imagined his man and wife as wealthy heirs of old Parisian money who would go to tea with their grandmothers but who planned lush parties.


The volumized seam, especially above the waist, prevented this drama from being too literal. Indeed, most sizes of sweaters and other tops are carefully calculated to land on the belt, forcing a loose but tight certain outfit, we are still not on streetwear. 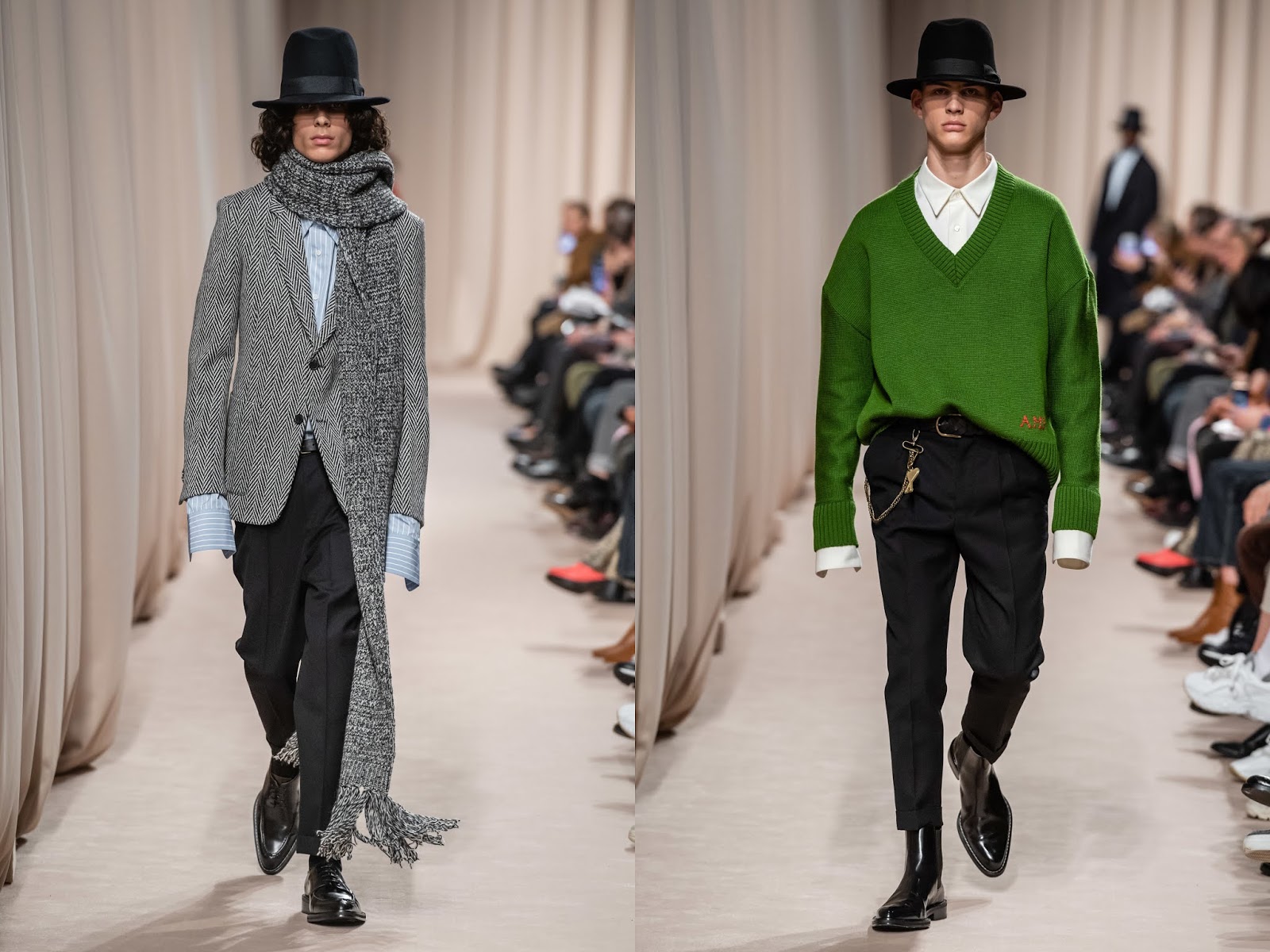 Conversely, the hats were a slightly silly distraction from very good clothes. The graphic definition of her twisted wool houndstooth costume, her super soft and super sweet coats in pink or pistachio, shiny Ladurée, and a pair of intense green and lush ribbed velvets under a perfectly perfect duffle-coat were all charming examples of Parisian men's fashion from Old School.


There was a twisted touch, unusual for AMI but welcome, in his leather trench coat, shirt and women's pants: Belle de Jour, the remake. Mattiussi's own grandmother - Josianne, whom he says she makes the best chocolate milk - should be proud. 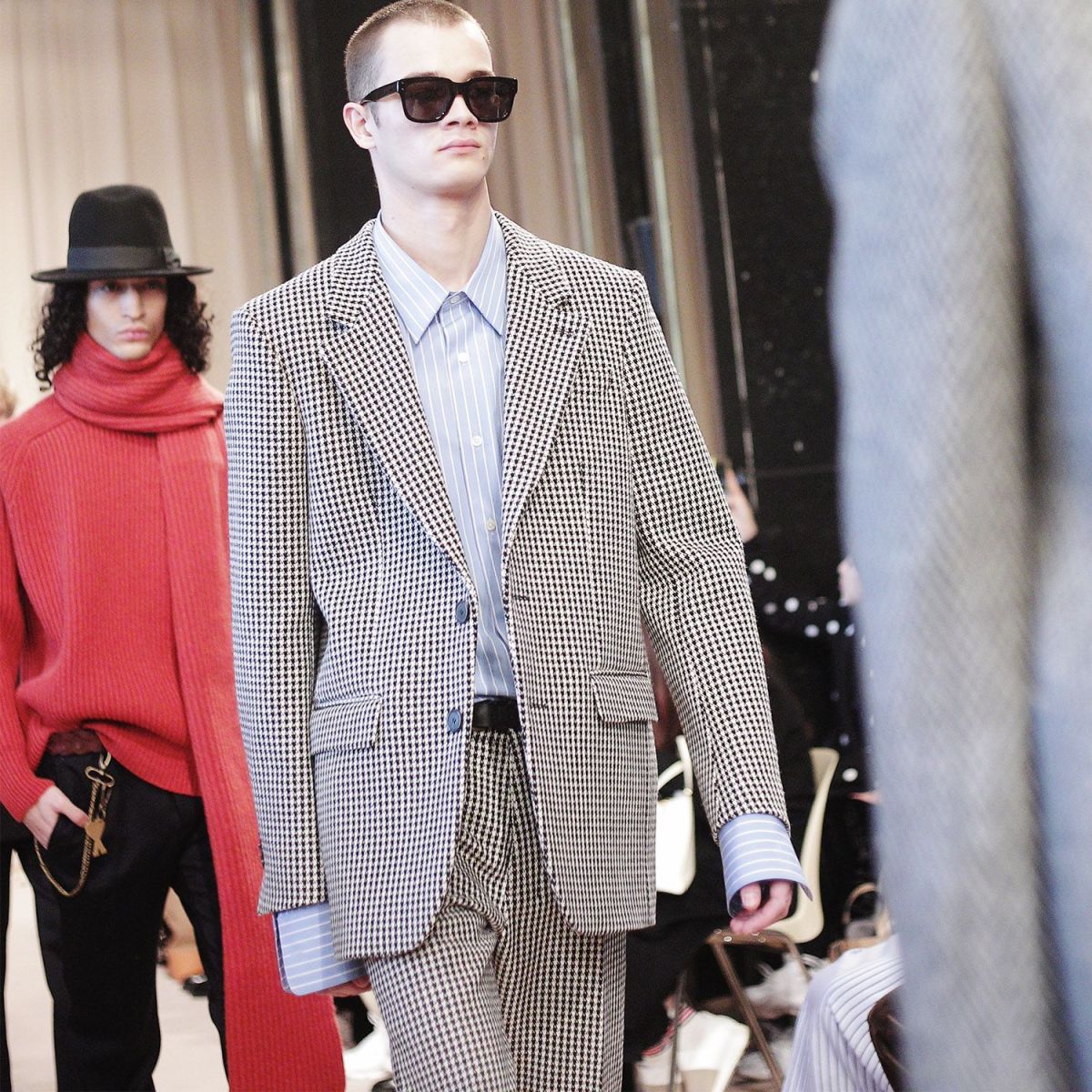 "A camel coat, a white T-shirt, a shirt, this is my world. It is simple, but this adjective does not frighten me. Basically, it's a brand for a guy like me, who loves beautiful clothes but wants to be elegant without spending a fortune or being stuck in a suit. A man is never happier than in jeans, cashmere sweaters, sneakers. When he likes a piece of clothing, he buys it in several copies for fear of not finding it again next season. I like that. I like that. »

The selection of your Graduate shop

Matiussi's desire is to keep a certain authenticity in the wardrobe, far from being as eccentric as the autumn/winter fashion show, Graduate store tends to offer the pieces that best combine comfort and aesthetics. Prioritizing a good-natured look, our season will focus on pieces such as those in the Ami de Cœur collection. With a large embroidered heart on the chest, we return to the ample style we mentioned above, with a certain adjustment at the waist. 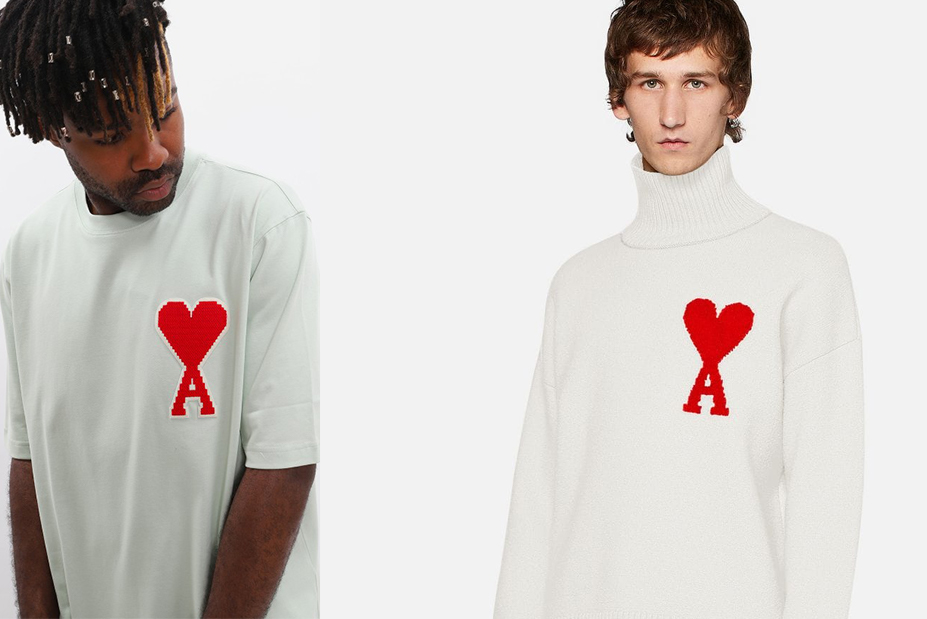 That's why we present you the Ami de Coeur Graduate selection, starting with the Hoodie Ecru, which, equipped with a wide hood proportional to its wide cut and a pocket lined on the stomach, serves as a capital letter to the newborns of the warm Ami arsenal. Minimal sewing details, a distinction with beige/cream pastel colour and here we are with a masterpiece to make it through the end of the year. 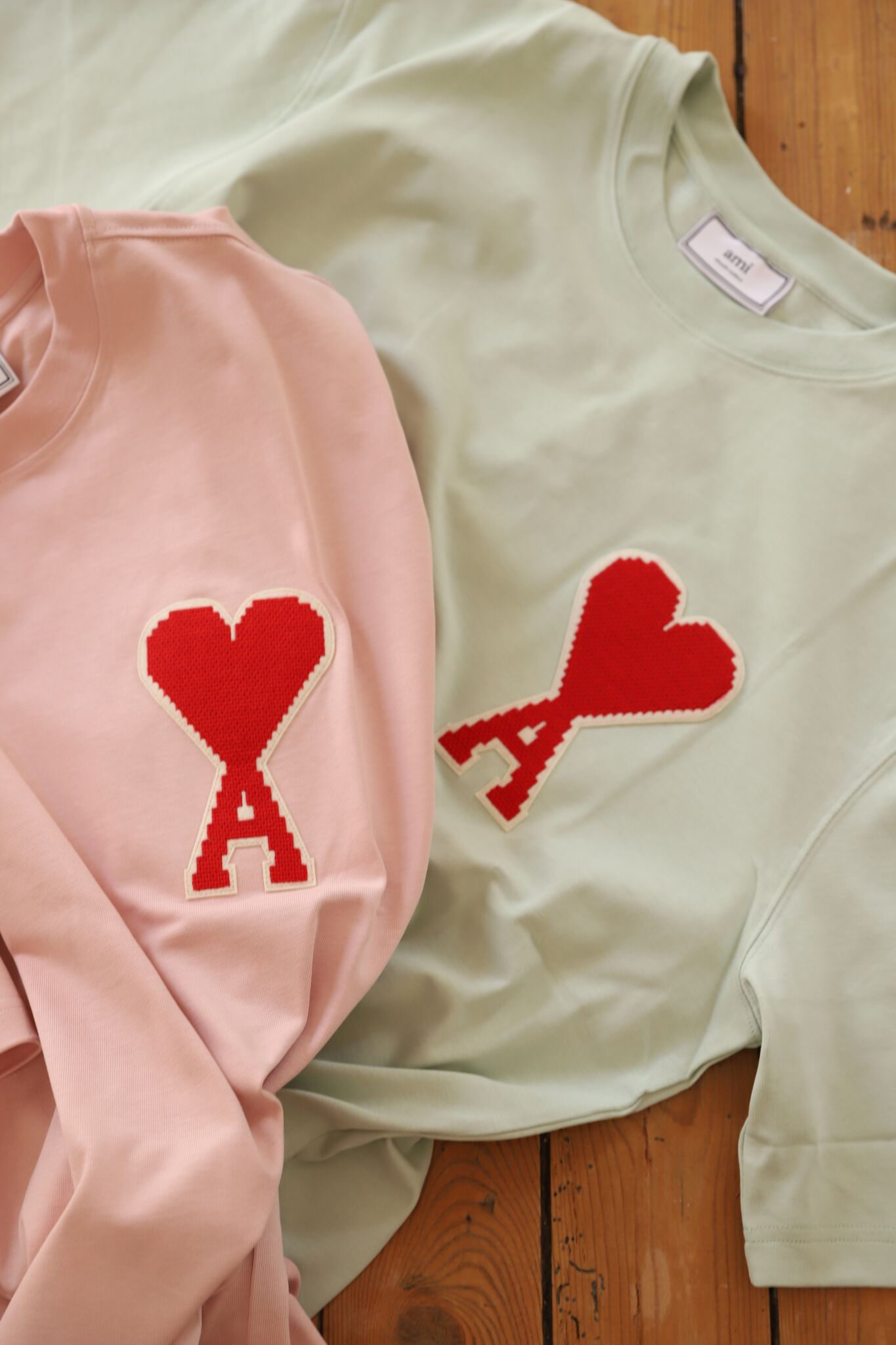 Of course, a sweatshirt set completes this already impressive hoodie. The pink, with its clear neck, stands out next to the round collars with their embroidered navy and black hearts. The logo T-shirts - large or classic - complete the whole for a homogeneous whole, remaining in these pastel vaporwaves shades.


Now let's talk about the larger rooms. Alexandre Matiussi has always focused a lot on the coats in his collections. Linking long cuts, sometimes bombers, custom-made jackets, he never misses a beat to create elegant and complex wardrobe assets. But let's look at the multicoloured laminated zipped jacket, probably one of the highlights of the Parisian company's winter collection.

This thick jacket mainly made of wool will fight the cold of the end of the year months with elegance. Black, white and brown tiled patterns, a zippered closure and straight buttoned pockets form a harmonious ensemble perfectly representative of the brand that produces its clothes with love.

To conclude the selection on technical pieces created with the precision now well known to the young Parisian prodigy, we could talk about the grey/green clay round neck sweater with its dull colour which tends to betray the comfort and lightness of this sweater, its clay patterns in khaki green, black and white rhombuses as well as its stitched collar, this sweater brings older styles to life with brio. 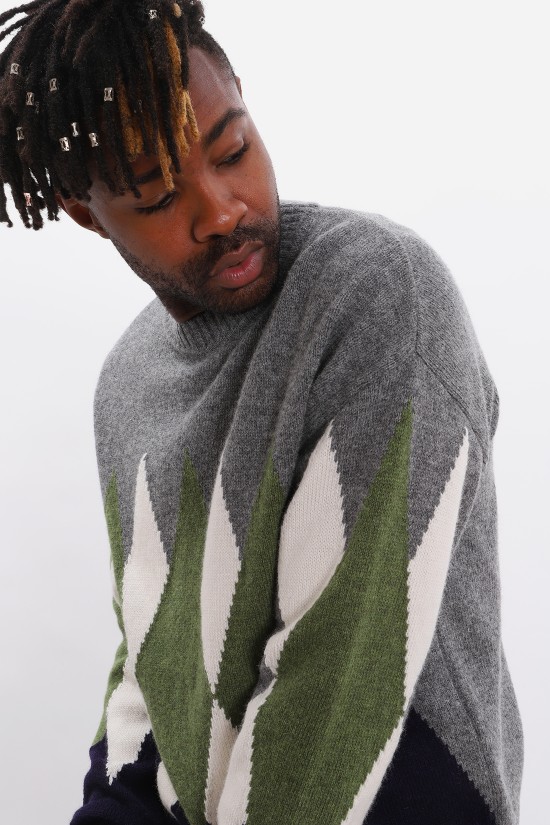 Combining a sober style and Parisian elegance, this turtleneck is a top quality mesh. With its sewing details on the sleeves and stretch neckline, it will ward off the cold without any problem. The particularity of AMI's sweater range is that they are mostly made of delicate materials. Indeed, for this oversized turtleneck, the touch will be there since it is entirely made of merino wool and cashmere. 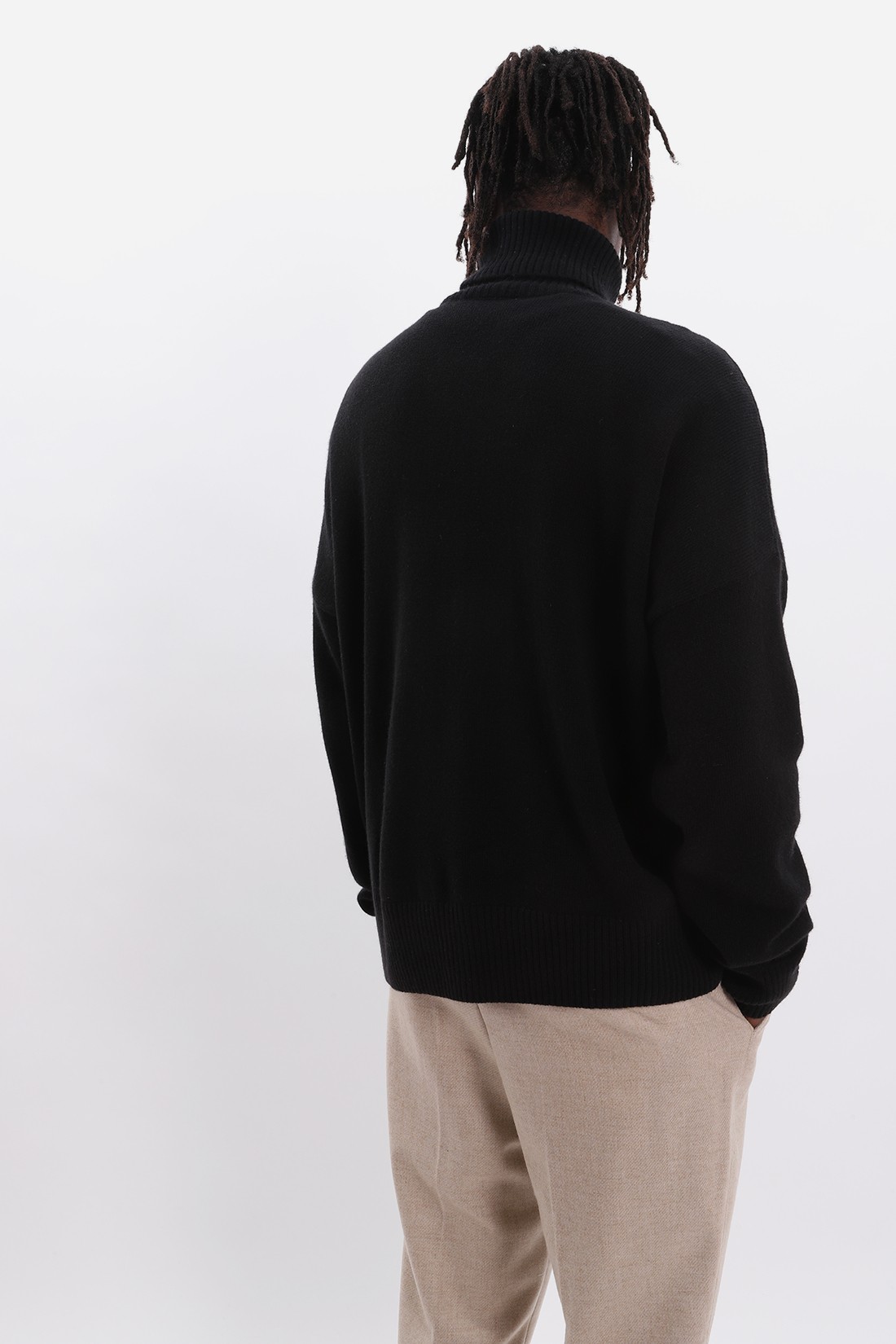